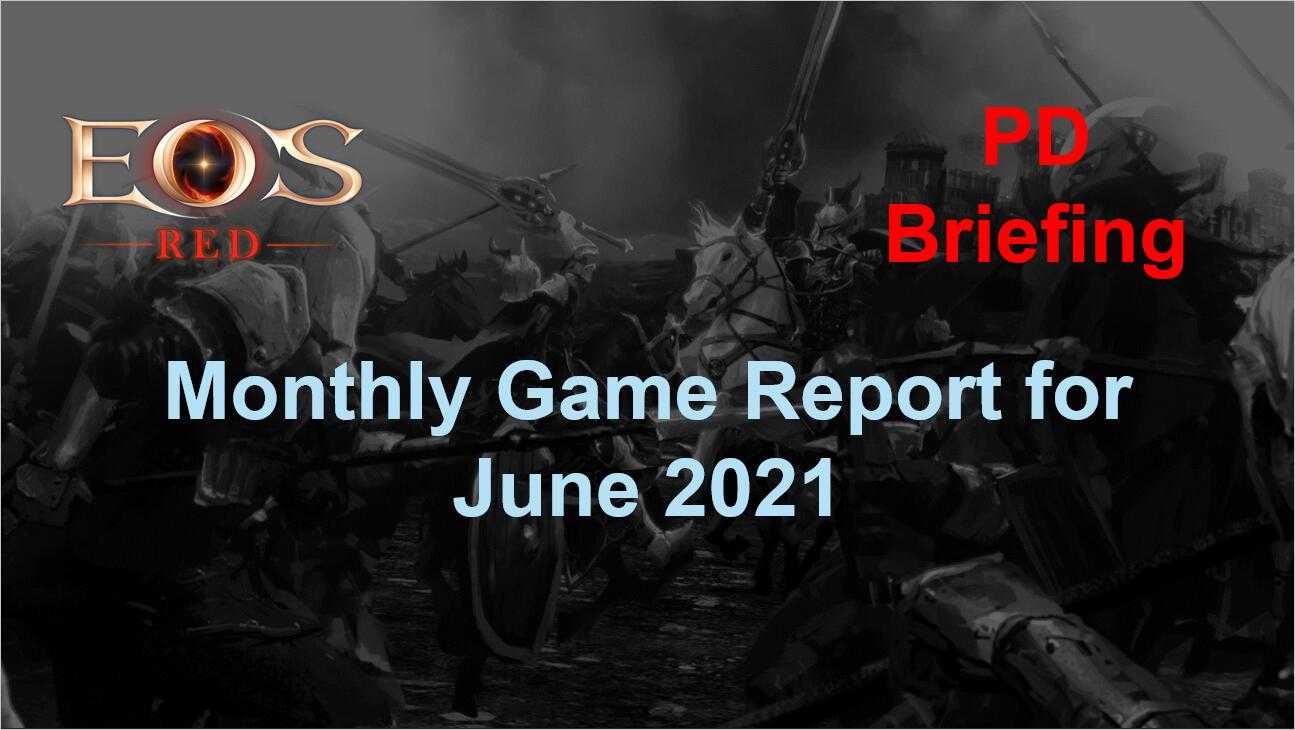 First of all,
After successfully launched in Taiwan, Hong Kong, and Macau, I am very happy and honored now "EOS RED" also entered the Southeast Asian market.
"EOS RED" officially launched on June 2 and so far there is no major problem and the services are stable.

Now I will introduce you to the current status of the server, the future response direction, and also our future update plans. 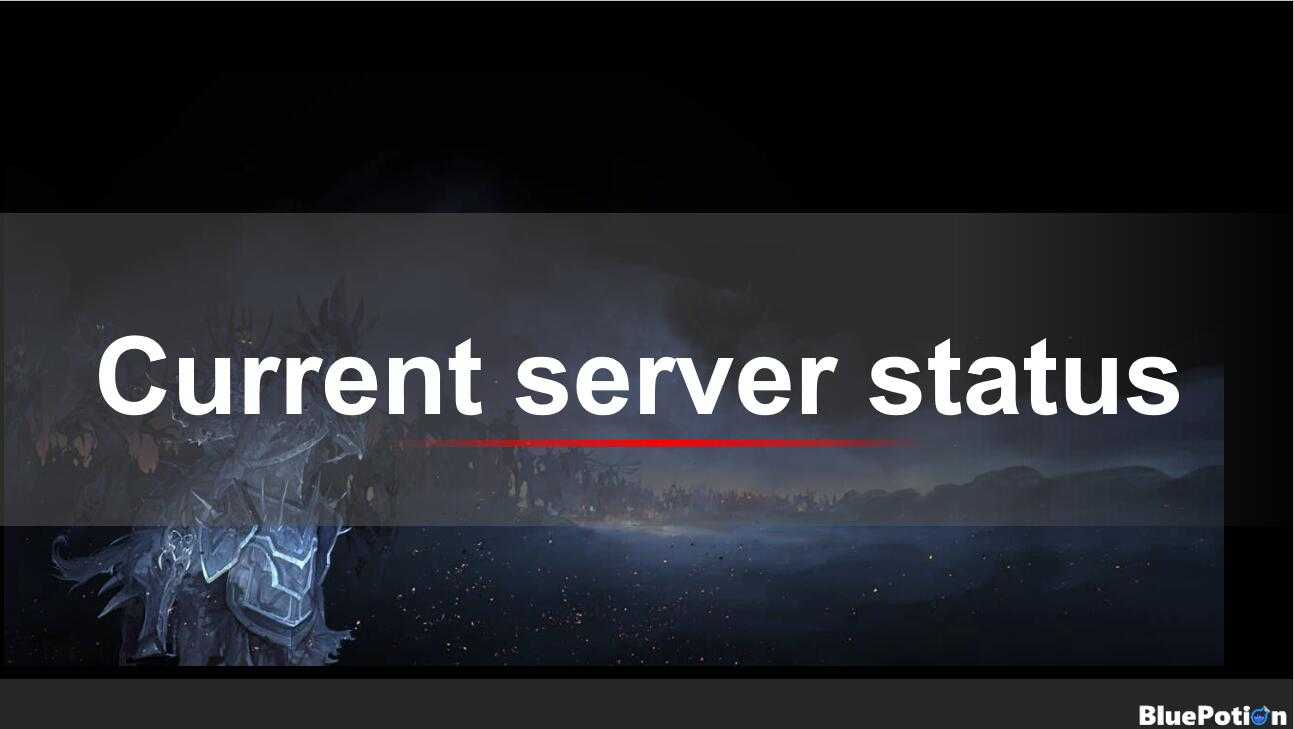 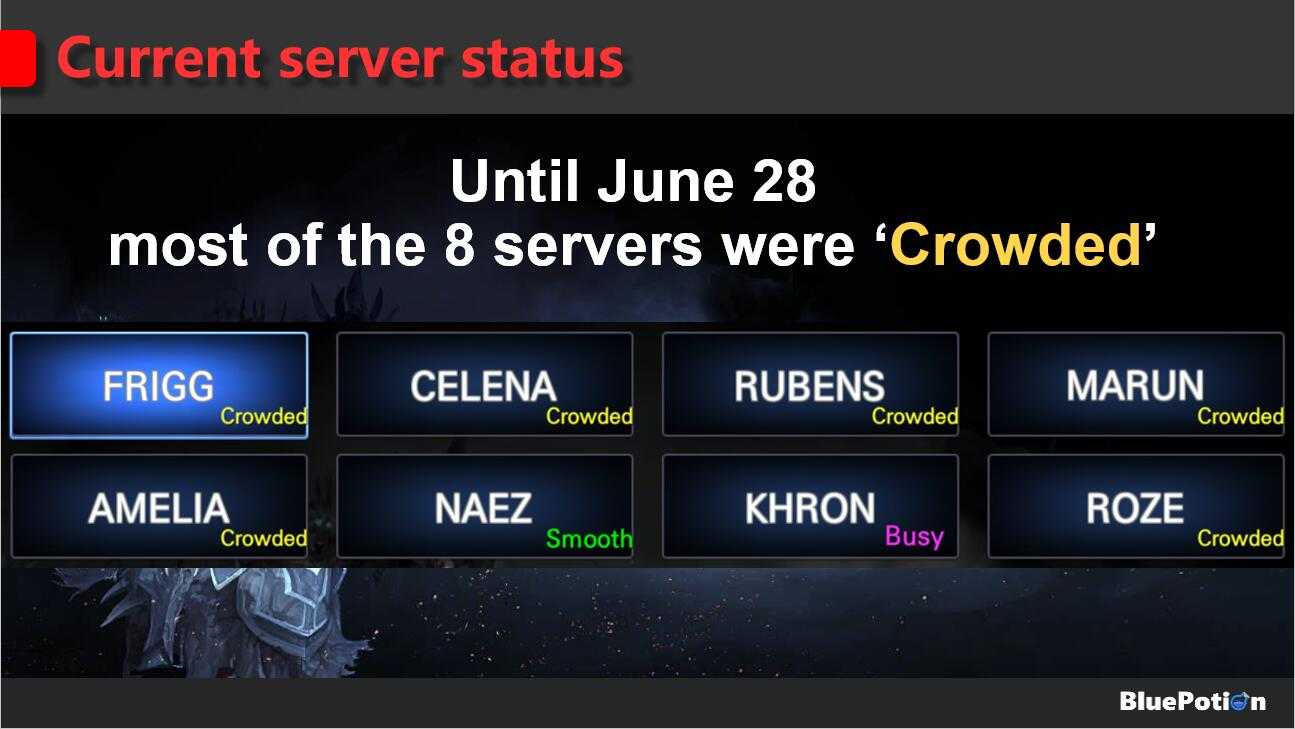 Here is the status of our current server in June 2021. Right now, most of the 8 servers are crowded and operating normally. 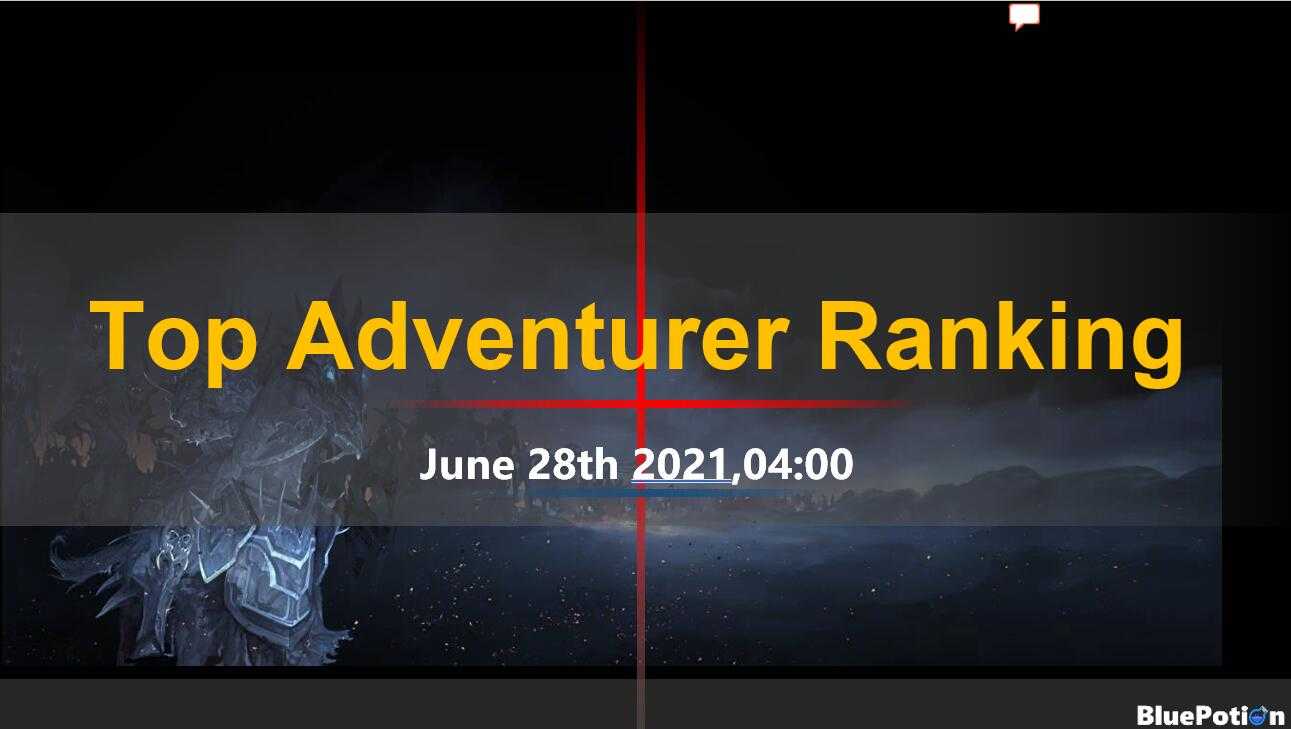 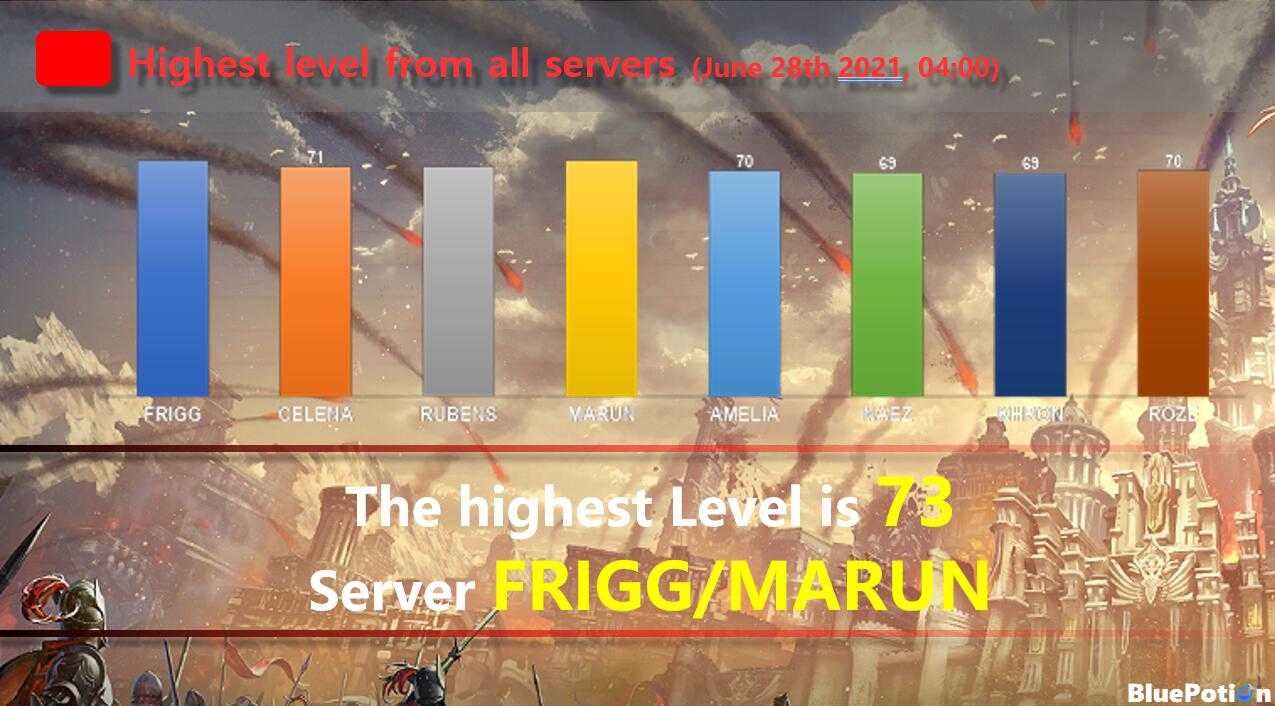 We will introduce the status of the Best Adventurer so far in June. 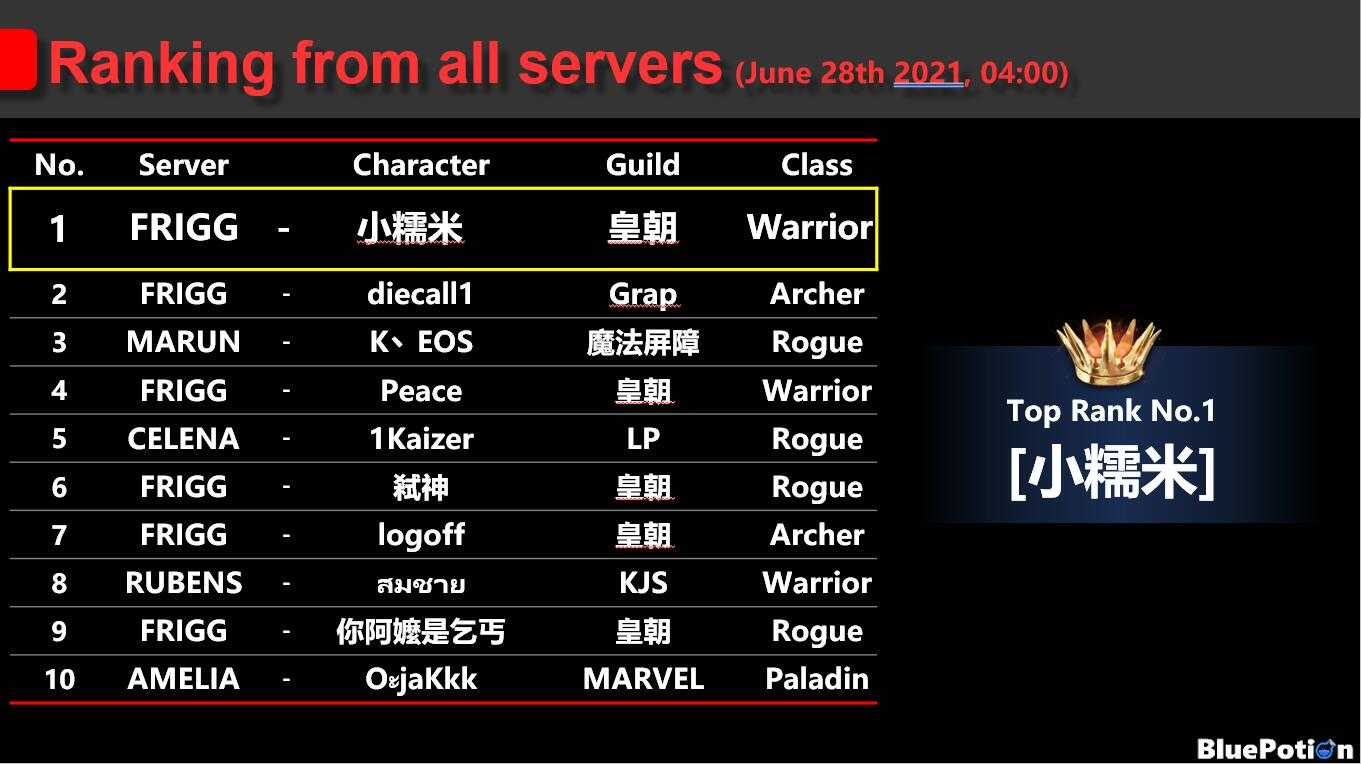 Next is Ranking from all servers.

Base on the 10 top players' ranks, the current distribution of each class is 40% Rogue, 30% warrior, 20% Archer and 10% paladin.
Unlike South Korea and Taiwan's servers, the amount of Rogue players is very high. 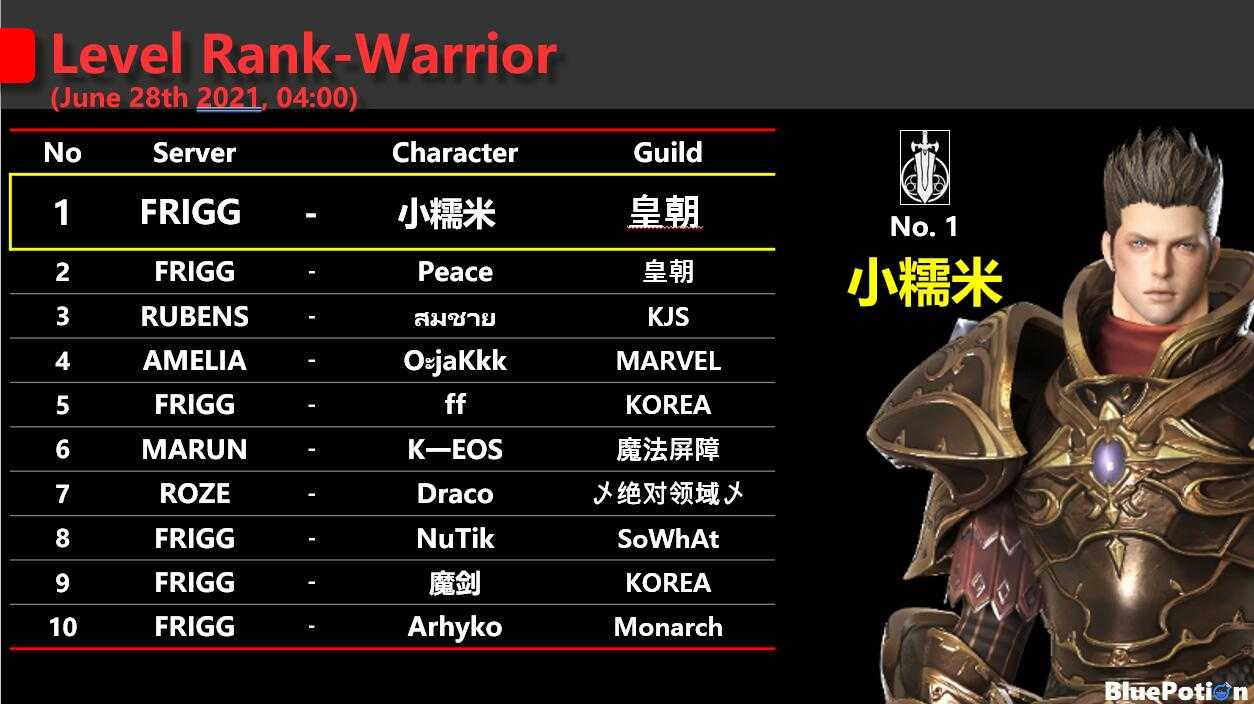 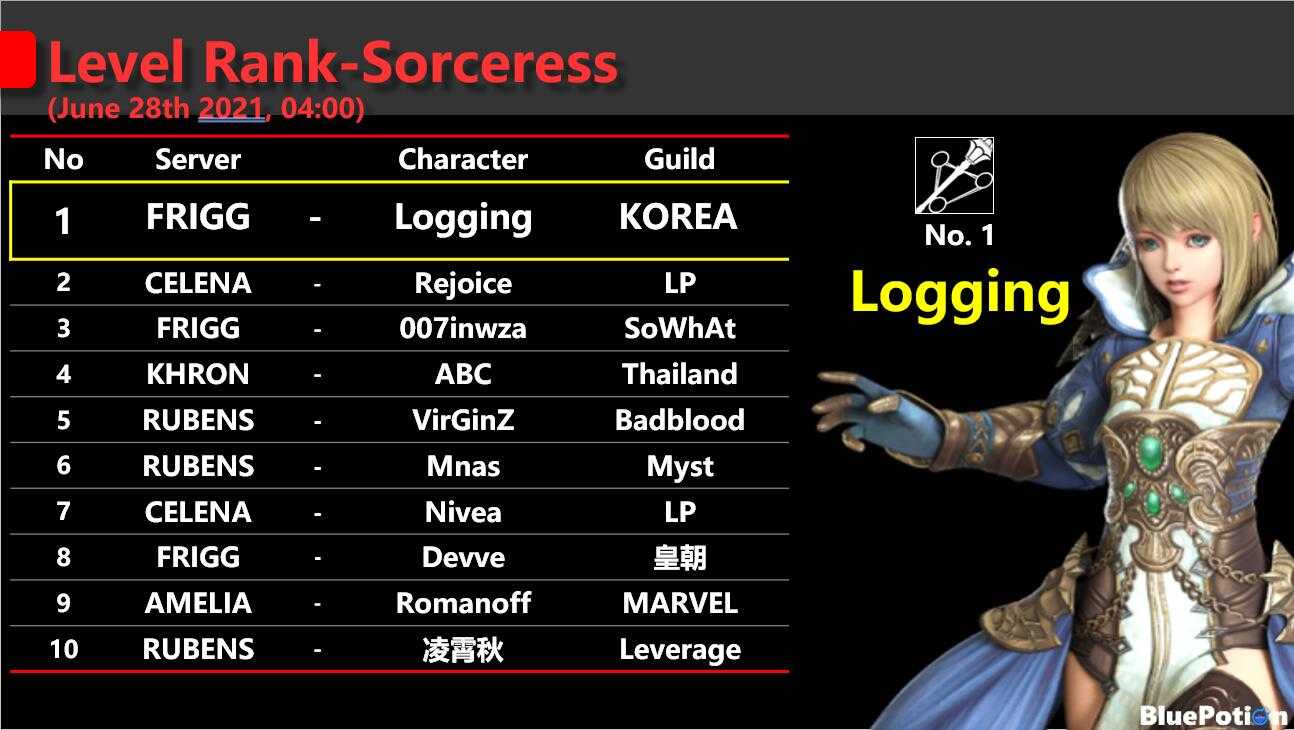 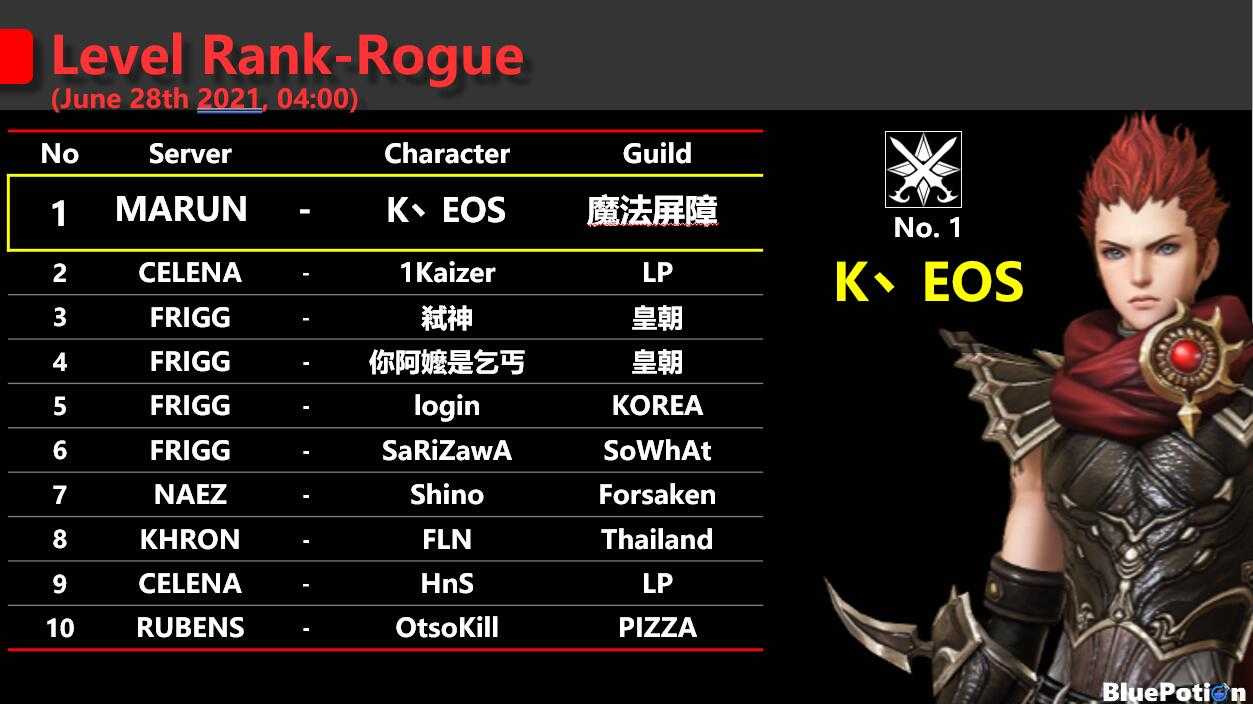 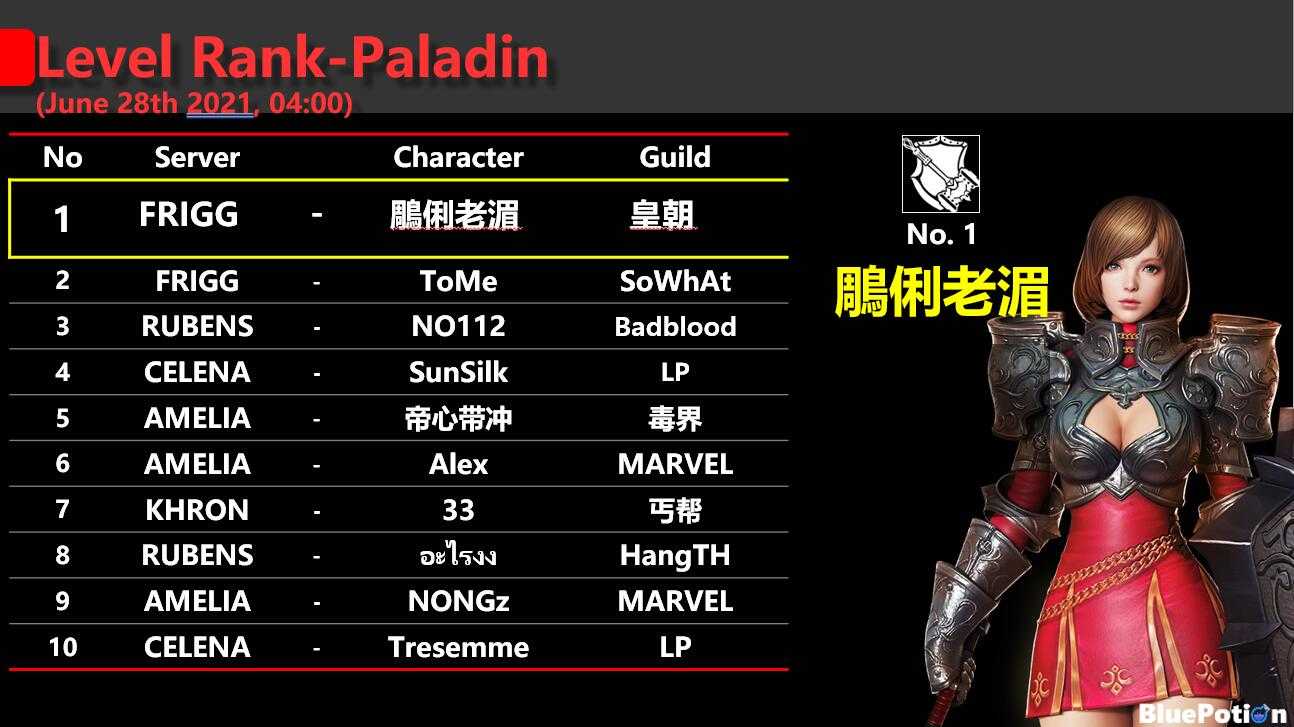 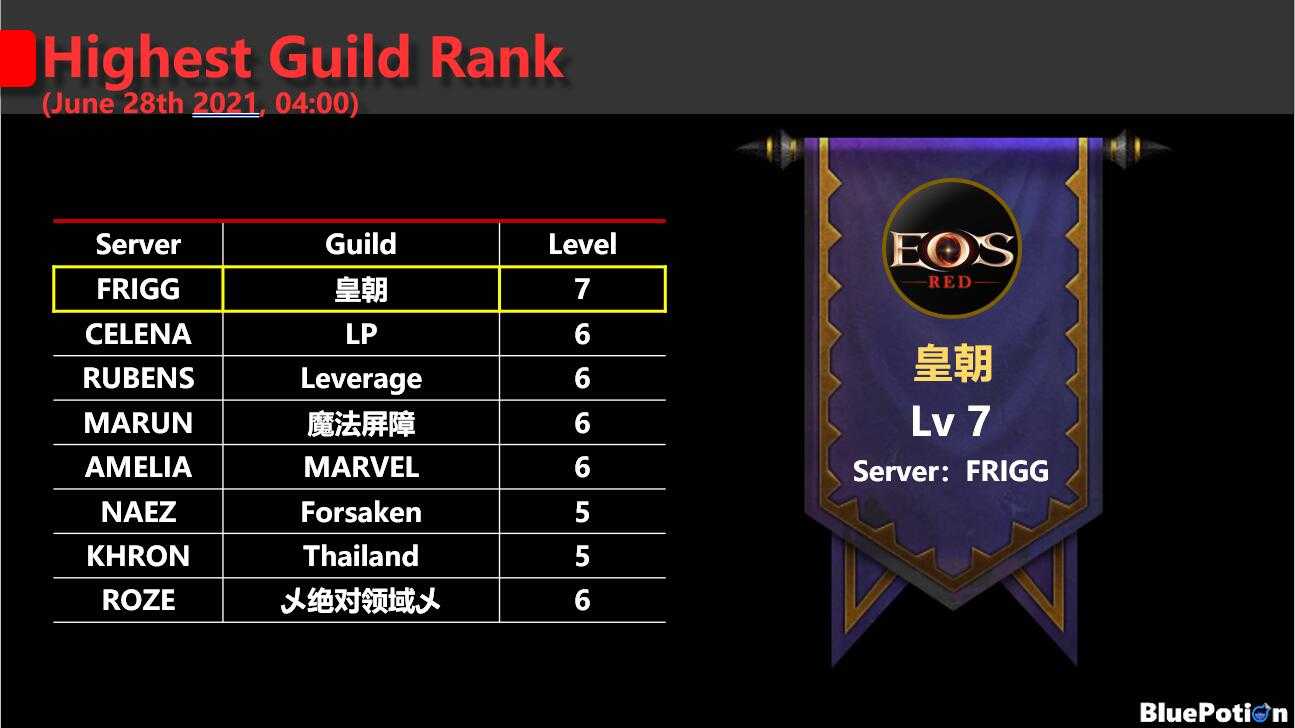 The last part of the ranking is based on the experience value of the guild from all servers.
The "皇朝" guild of the "FRIGG" server reaches level 7.
The members of the guild are strong and cooperate seamlessly. Congratulations on achieving the highest level Guild in. 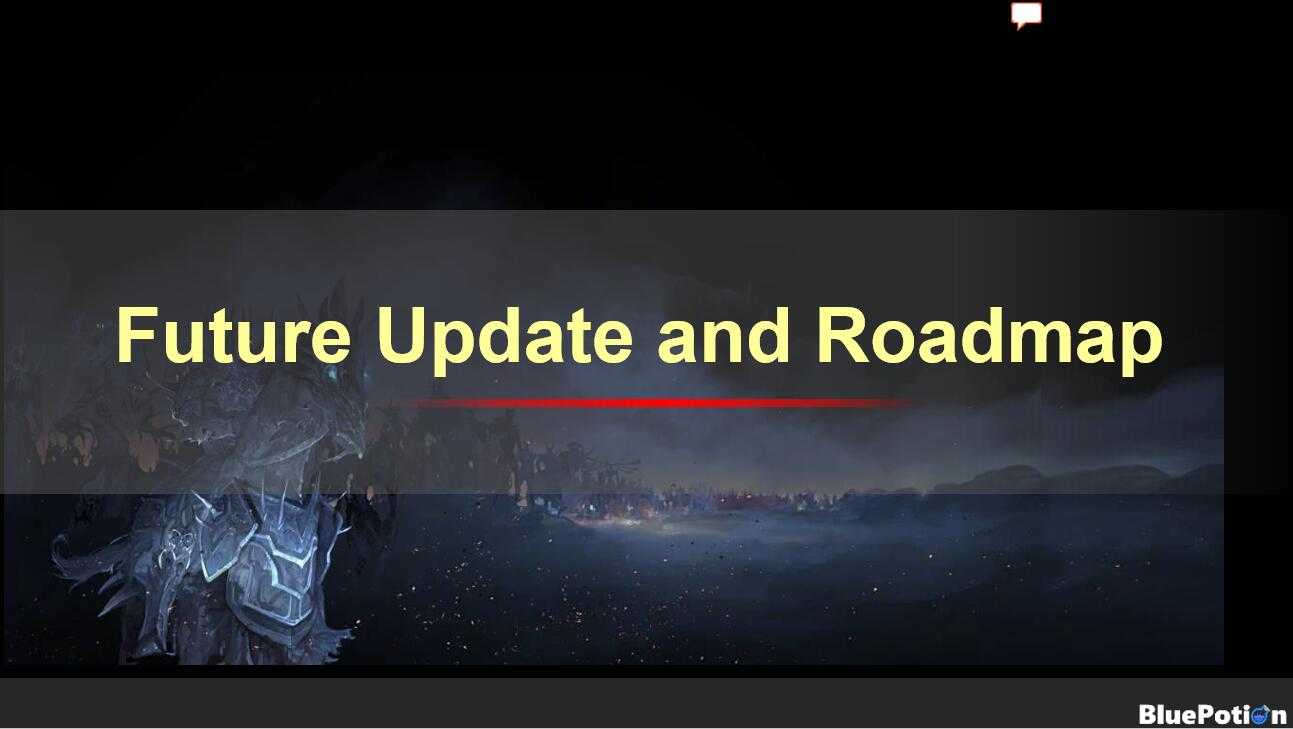 Next, I will introduce you to the latest update and future Roadmap. 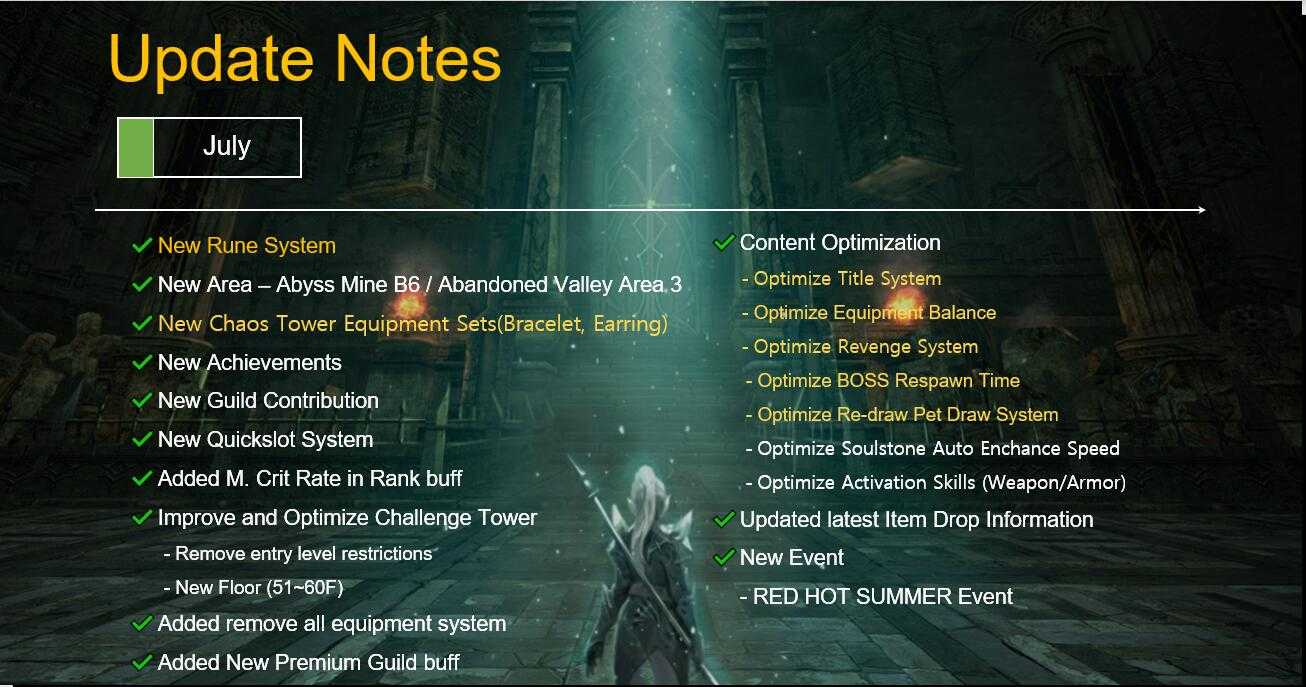 First of all, it will be updated on July 7th, with its update, we will introduce you to the [Rune System] that can add runes attributes to the enhanced equipment.
we will explain about [Rune System] in detail later.

In this update, the "Chaos Tower" will be optimized,  we added new areas to [Abandoned Canyon 3 Area] and [Challenge Tower], and new achievements will be added.
*New set items will be added to the Tower of Chaos, and we also increase the rewards.
*A new shortcut key lock function is added, and participation distribution is added to the Guild tax distribution method to improve the system, and the Tower of Challenge will also be optimized and expanded.
*[Title System], [Revenge System], [Boss Respawn System], [Re-Draw Pet Draw System] Collection Book, and other systems will be optimized.
*Now, we added a New Title system that included added attributes, so you can look cool and stronger too!
*The new [RED HOT SUMMER] event is also prepared, so stay tuned. 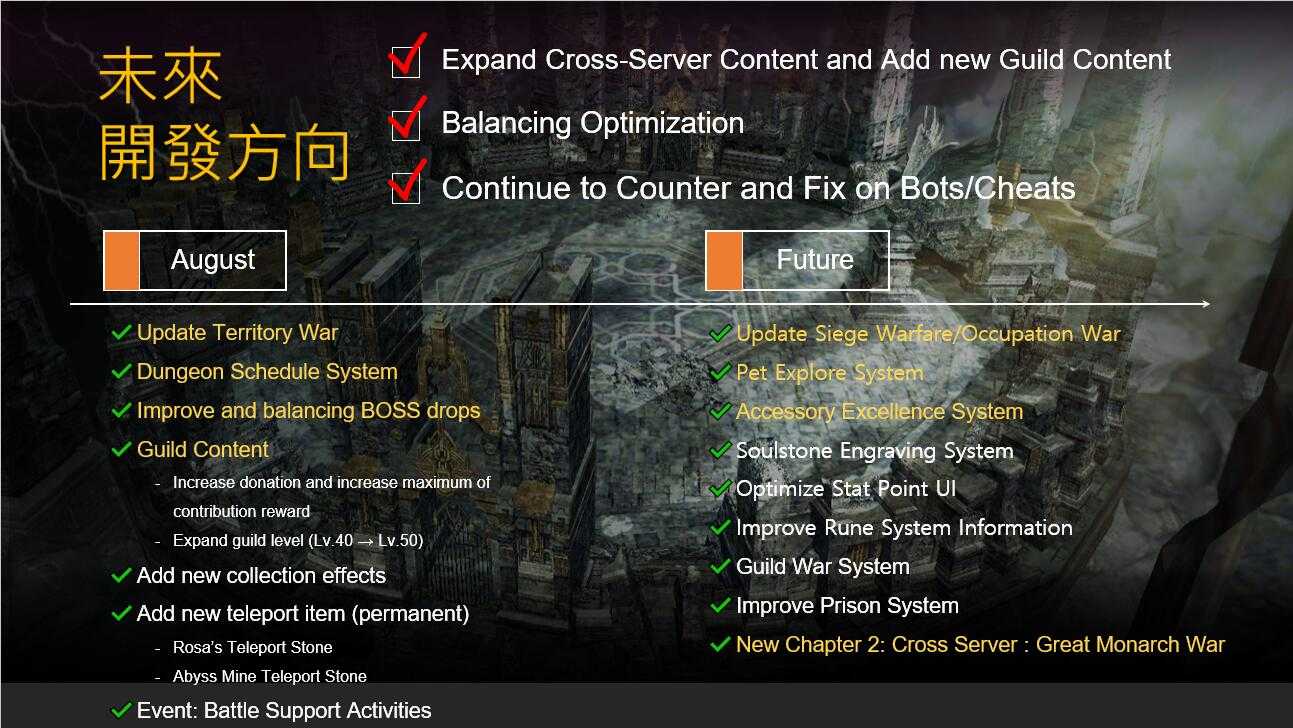 Next is the future development direction.

First of all, the large-scale battle "territory war" will be updated in august.
I look forward to everyone's ability when territory war is released!
In addition, the [hunting schedule system] will be updated.
*A new system to manage the timed dungeon, that can automatically enter and hunt, making the hunting more efficient.
*The next step is to adjust the guild system. Raise the max level to level 50 and the maximum value of contribution will be increased.
*We also added a new entry effect of the collection book, and remove the use limit of "Rosa's Teleport Stonel" and "Abyss Mine Teleport Stone".
Not only that, but we also increase the drop from BOSS monsters to adjust the balance. 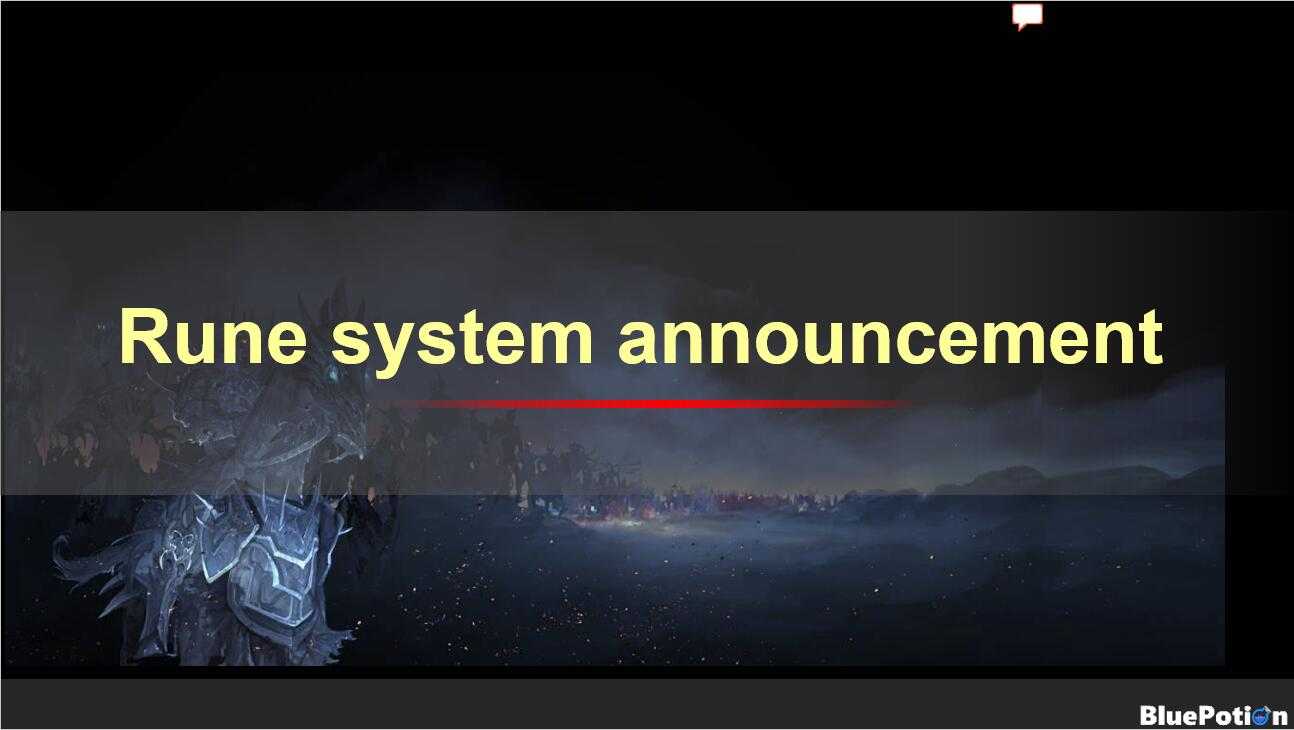 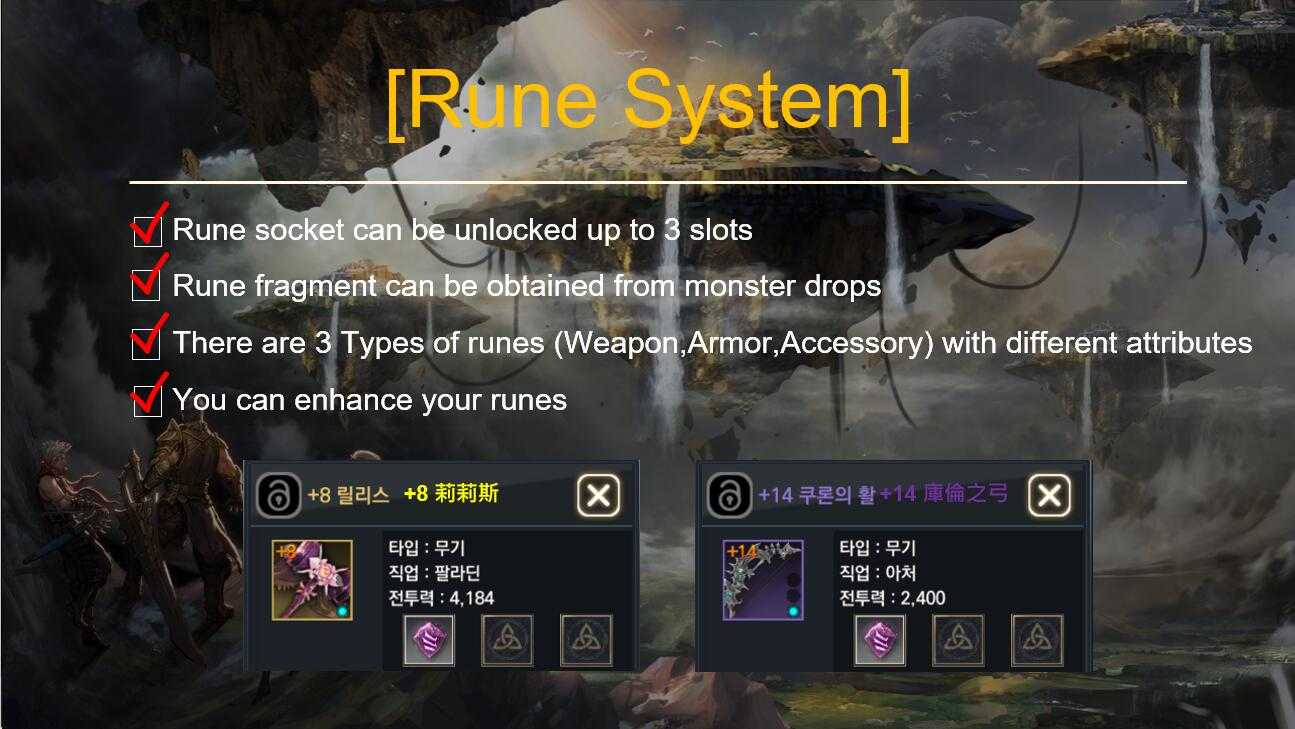 The new rune system can open up to 3 rune slots and install runes according to the strengthening stage of the equipment (weapons, armor).
Rune fragments are already available in the mainland of Kronus.
These Rune Fragments can make 3 types of runes. (Weapon Rune, Armor Rune, Accessory Rune) 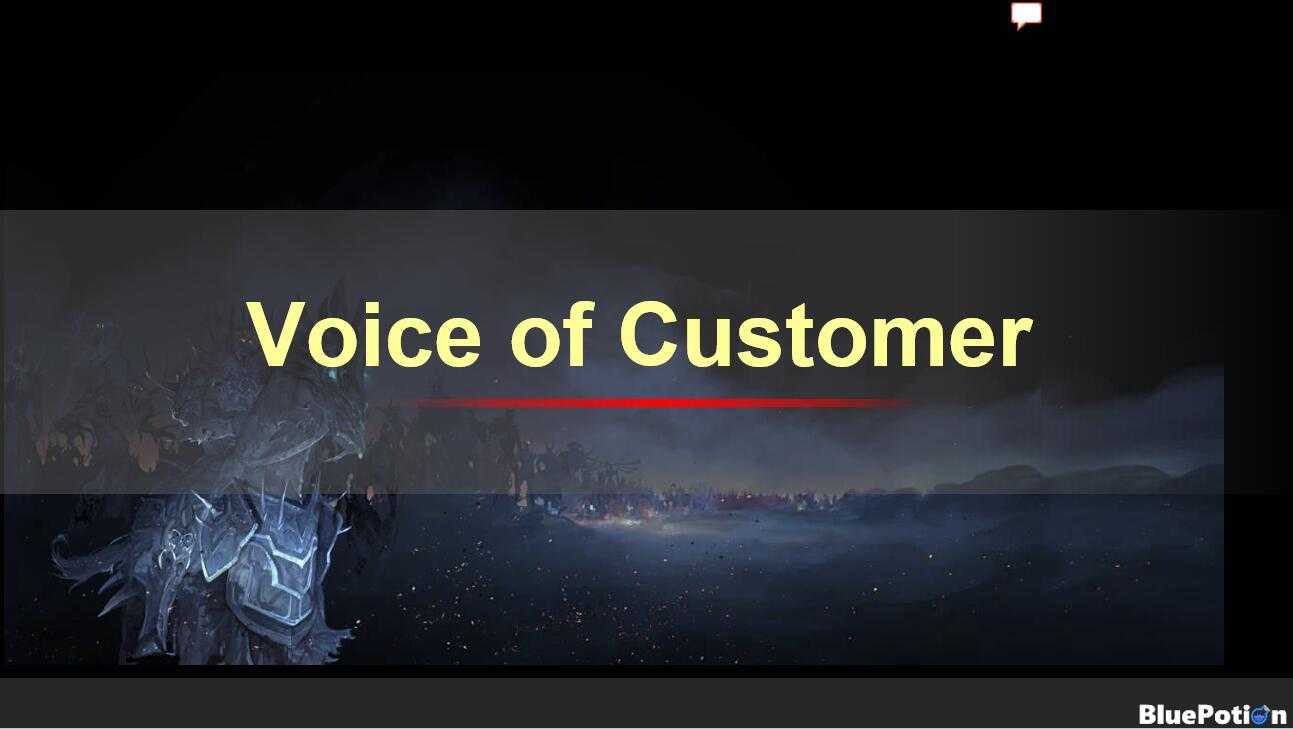 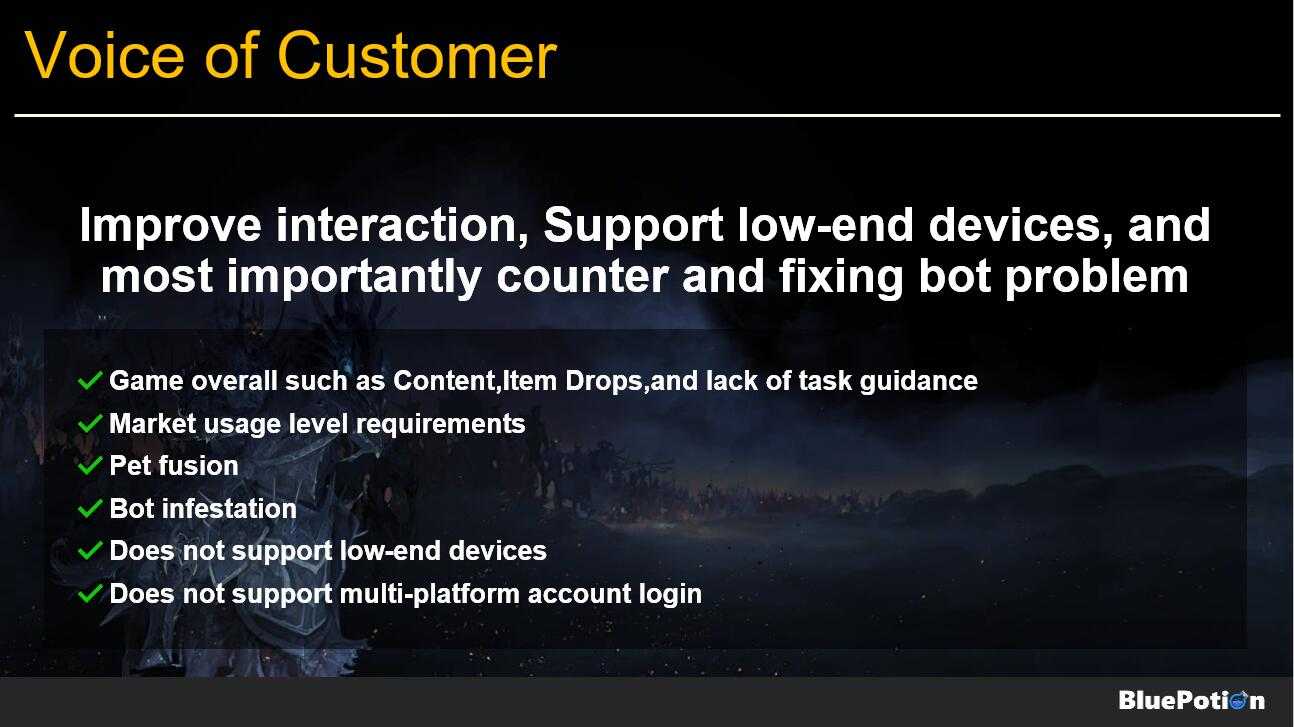 Although there is no major problem in terms of stability after the launch, there are still some dissatisfactions among adventurers, and we believe that requires us to quickly improve and fix the problem. 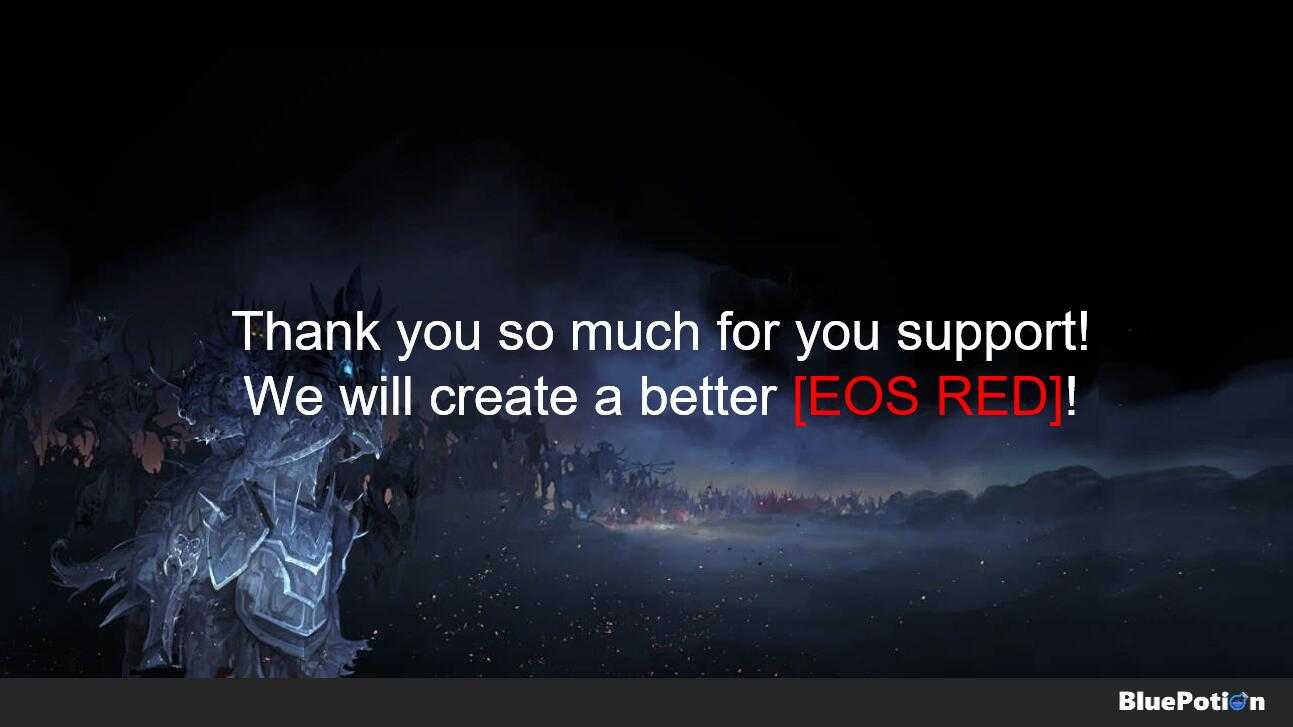 Thank you to all adventurer that has given us your warm attention and love since it went live on June 2nd.
This is just the beginning of [EOS RED] world.

We will become an operating team that always communicates with the adventurers so that you can experience deep and rich RPG with friends, colleagues, and enemies.