-You can view PvP records and PvP rankings, and reward wanted content information.

-The PvP ranking on the right is the overall server ranking.

-According to the PvP ranking, the buff will be applied.

-The loot will continue to accumulate before pressing the loot recovery button.

-90% of the diamonds or gold consumed by the opponent who failed in PvP to recover experience will be included in the loot.

-However, if the opponent is a character below level 40 or is restored through the free repair system, the loot will not be included. 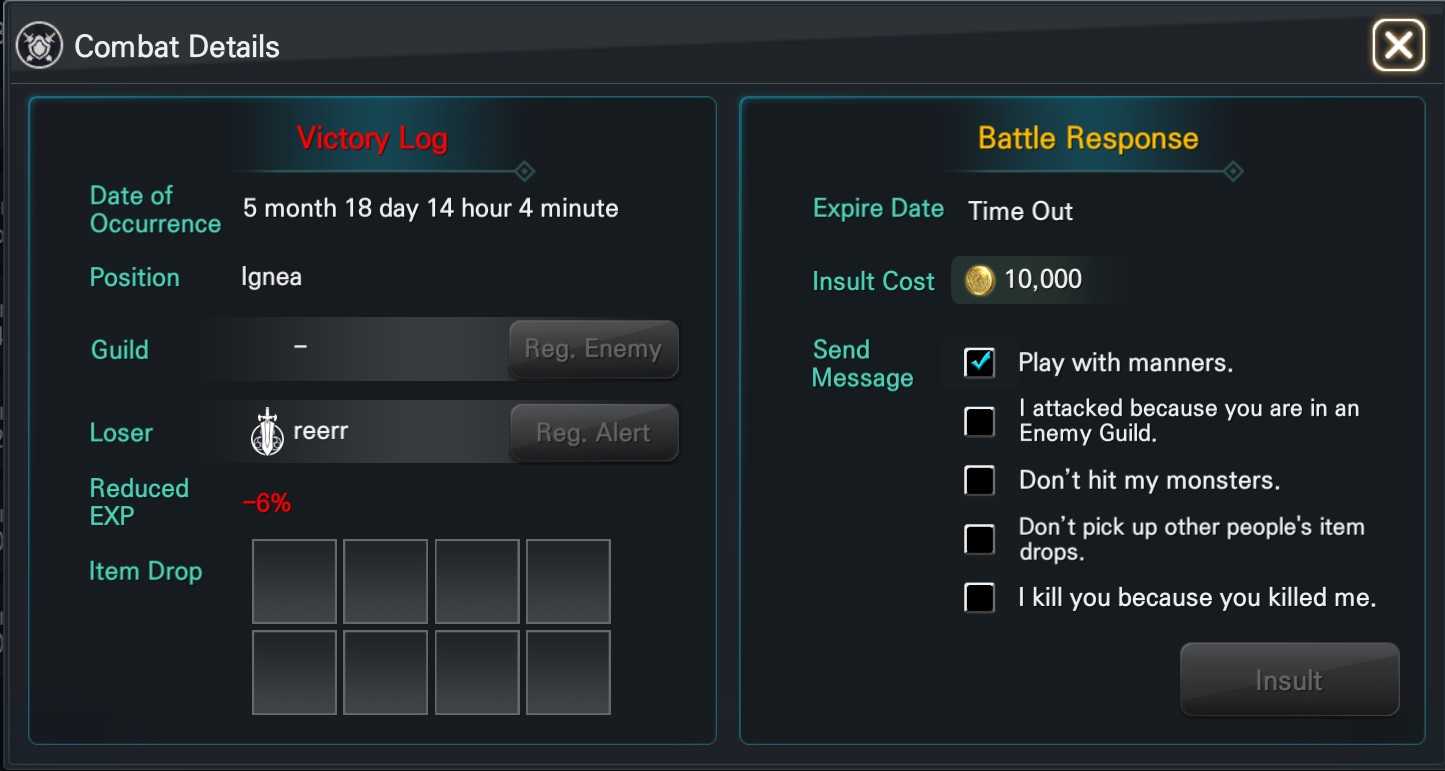 -You can view detailed battle records such as battle opponent, time, location, etc.

-When the battle is won, the battle can be carried out to respond to provocations.

-Provocations can be carried out within 24 hours from the time the battle record is logged in.

-When provoking, it will send death-related information to yourself and the opponent's guild members. 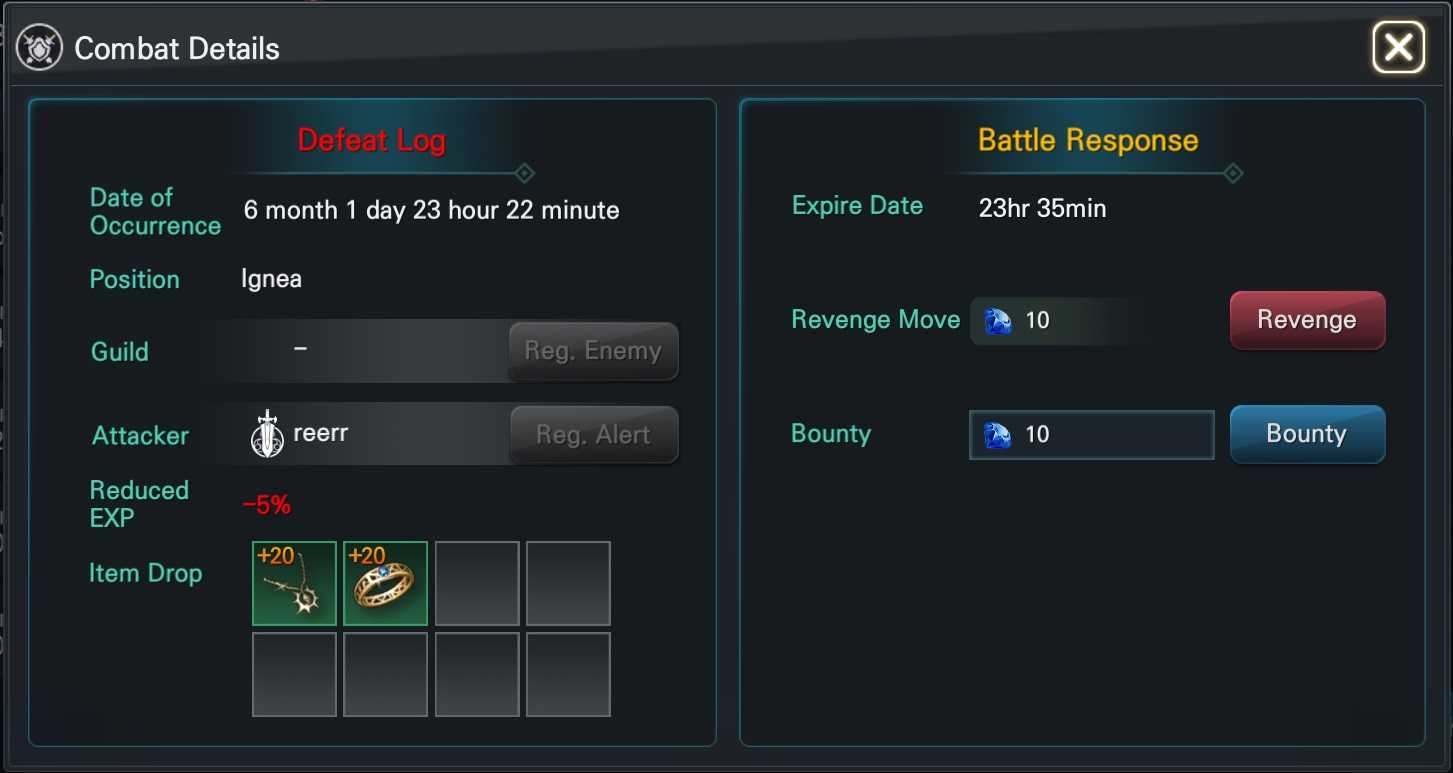 -You can view detailed battle records such as battle opponent, time, location, etc.

-In the case of a failed battle, you can revenge or offer a reward to the opponent.

-Revenge, Wanted Reward, and Provocation are the same, can be carried out within 24 hours after logging in the battle record.

-A certain amount of diamonds are required for revenge and wanted rewards.

-When taking revenge, it will instantly move to the area where the revenge target character is located. (The instant move position is random)

-When logging in to the Wanted Bounty, in order to obtain the commission cost, other characters will be hired to kill the target character.

-The wanted list of rewards can be confirmed on the page of wanted rewards.

-You can confirm the wanted bounty information on this page, such as bounty recovery/collection, entrusted catalog and other information.

-You can confirm the information and commission cost of the target of the bounty.

[2] This is their own bounty wanted information.

-Wanted rewards are limited to 5 times a day.

-The number of orders in progress is limited to 5 times.

-Unable to cancel a commission in progress.

-The Wanted Bounty will last for 12 hours.

-12 If the wanted reward is not completed within -12 hours, the commission will be cancelled and the bounty money can be recovered.

-If you successfully kill the wanted target, you will receive the commission fee.

-You can confirm the wanted list of rewards you have commissioned.

-You can confirm the content of the information after the end of the wanted reward period.

-When you kill an opponent through PvP, the justice value will drop.

-After a period of time or by killing monsters, the justice value can be restored.

-PvP-related penalties are not applicable in some regions.

-The applicable standards of justice and death penalty are as follows. 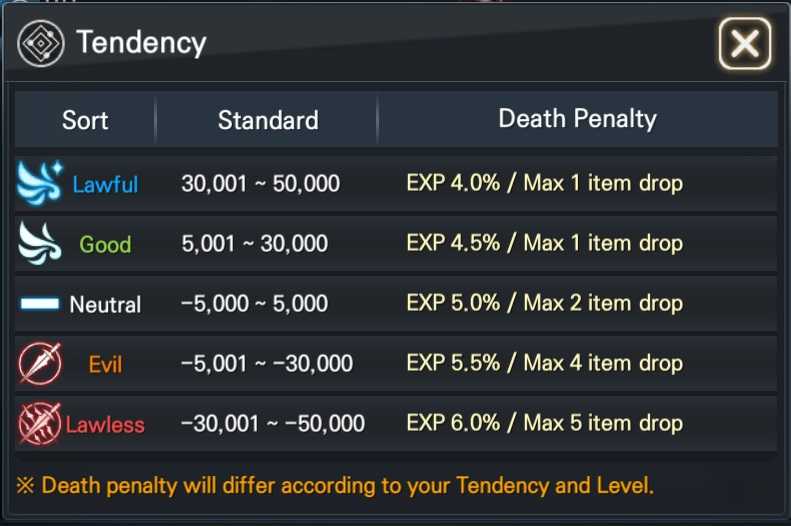