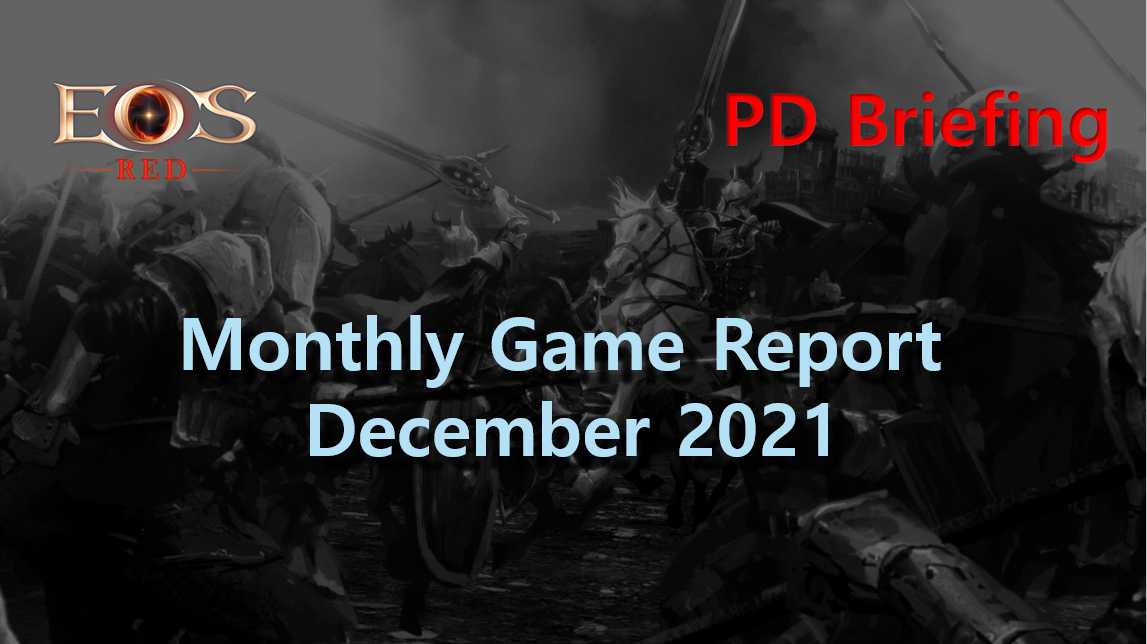 Happy new year to everyone! There is a new virus called omicron that is more dangerous than covid, hope everyone pays attention to their health and spends a stable year-end!
Now our R&D team is preparing for the new chapter 3 update. But we believe that the existing configuration is still a little insufficient, so we will further strengthen our preparations first.
First of all, I am very sorry for the delay in the schedule. The content of the new chapter 2 will be introduced in more detail in the following content. In addition, our R&D team will update the Pet Fusion Guarantee System that has a lot of benefits to our adventurers! In the future, we will continue to collect the opinions from our adventurers, so we can update and improve other systems with higher efficiency.

Then, Let's start the monthly report for December 2021. 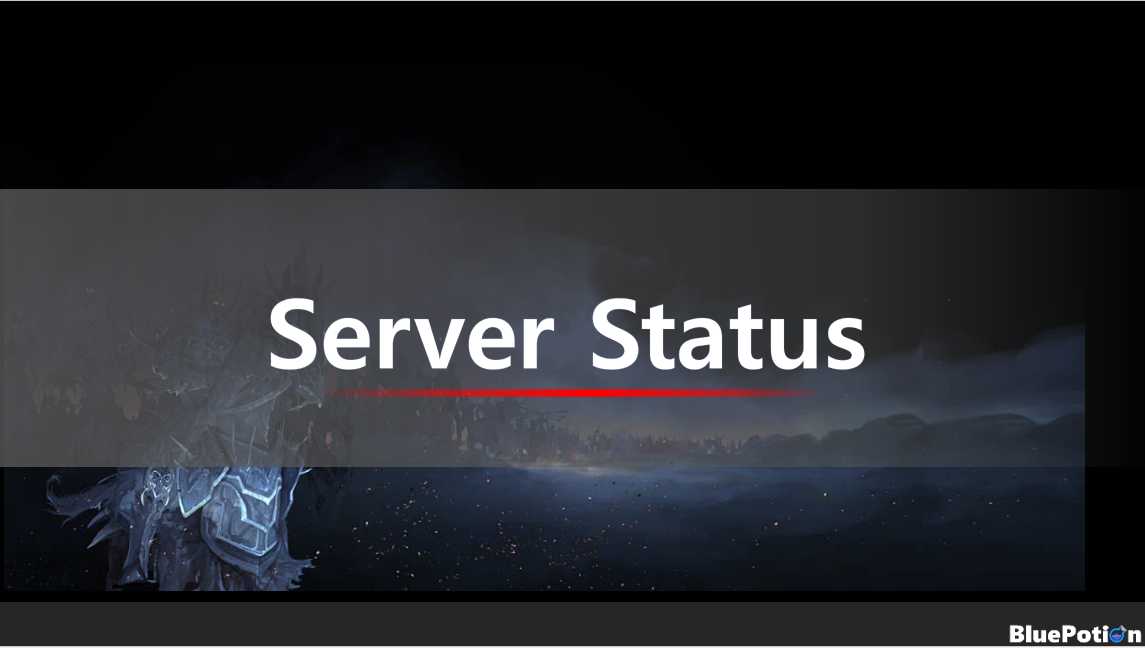 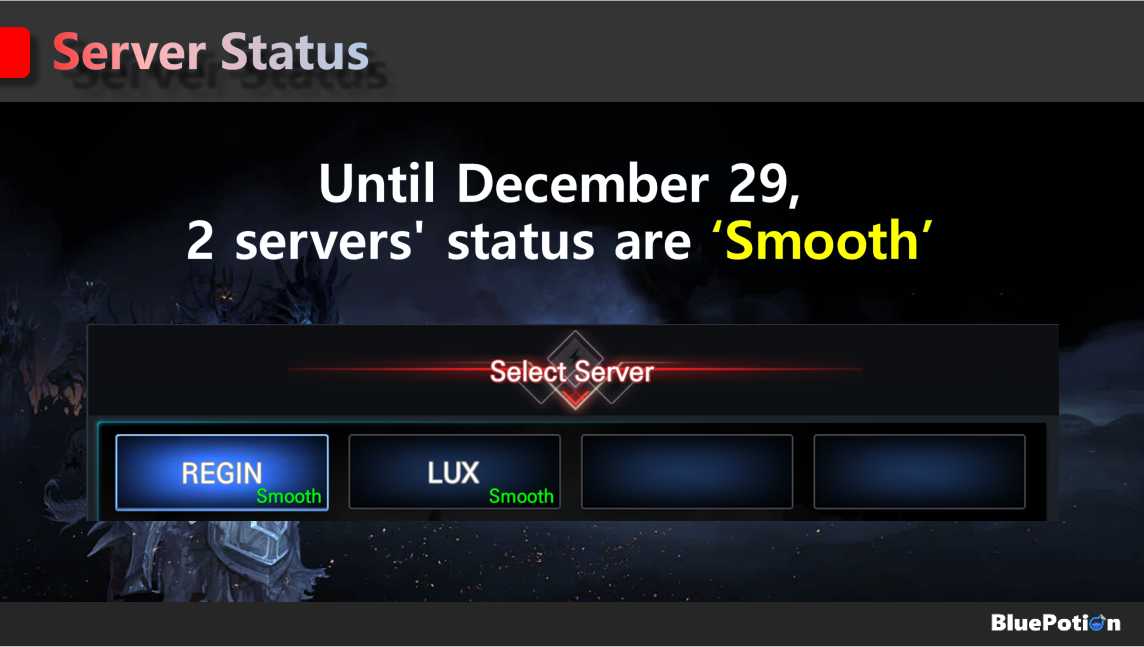 Here is the status of our current server in December 2021.
Right now, 2 servers are Smooth and operating normally. 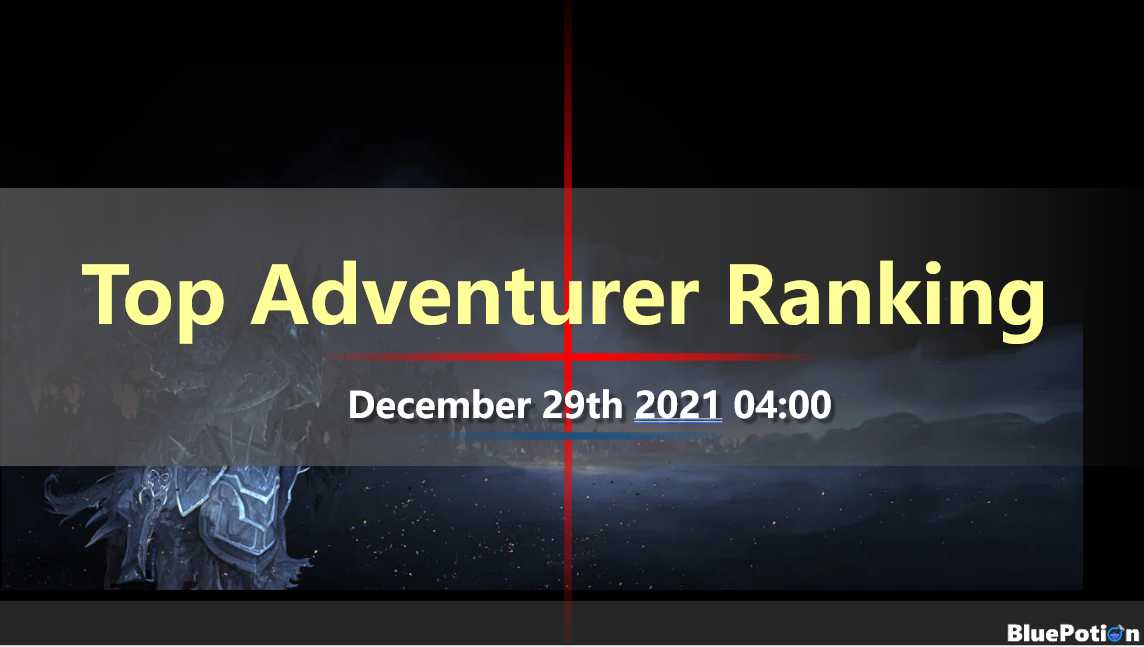 
Today we will introduce the status of the Best Adventurer so far in November. 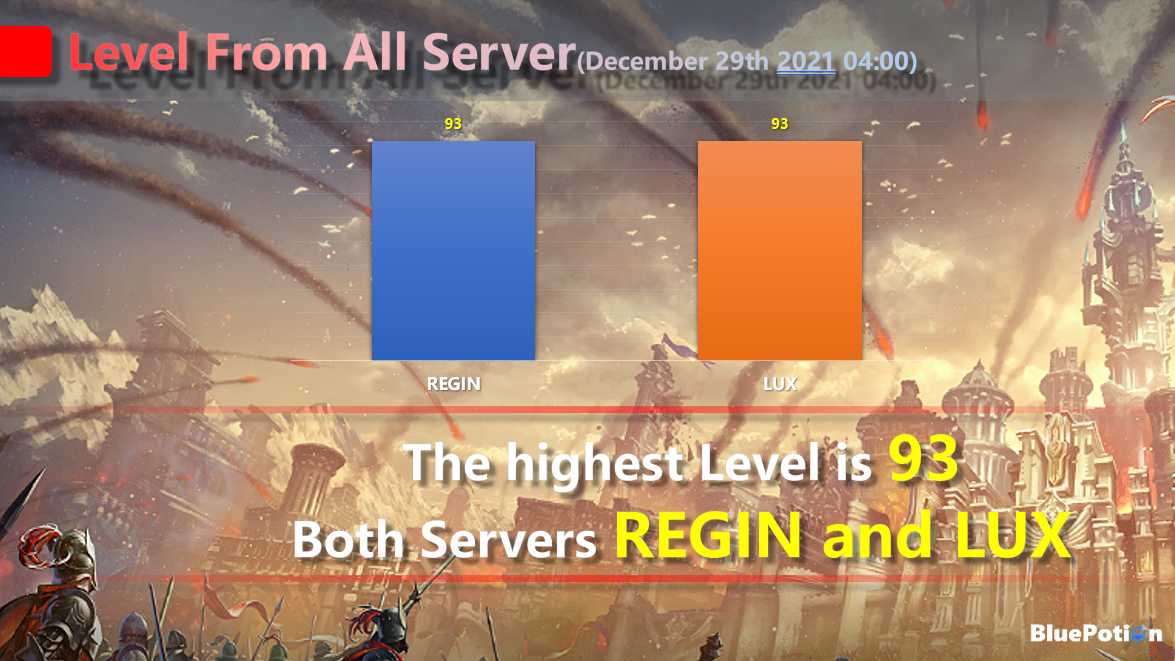 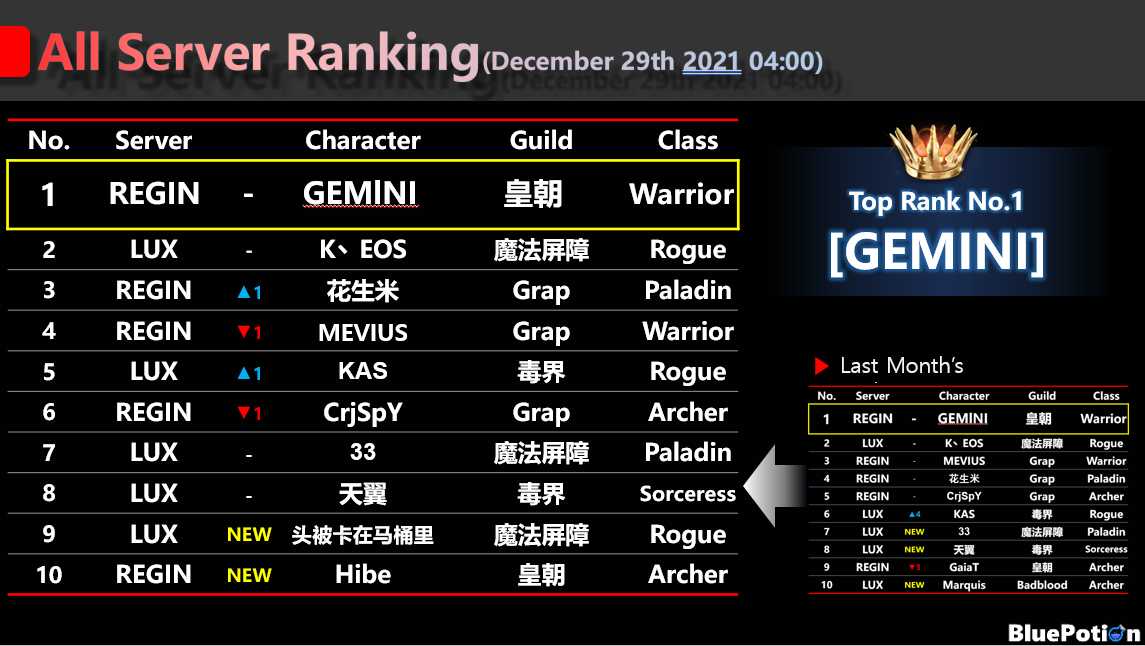 Congratulations to become the Top 3 adventurers!
Based on the 10 top players' ranks, the current distribution of each class is
20% Warriors, 20% Archers, 30% Rogues, 20% Paladins and 10% Sorceress. 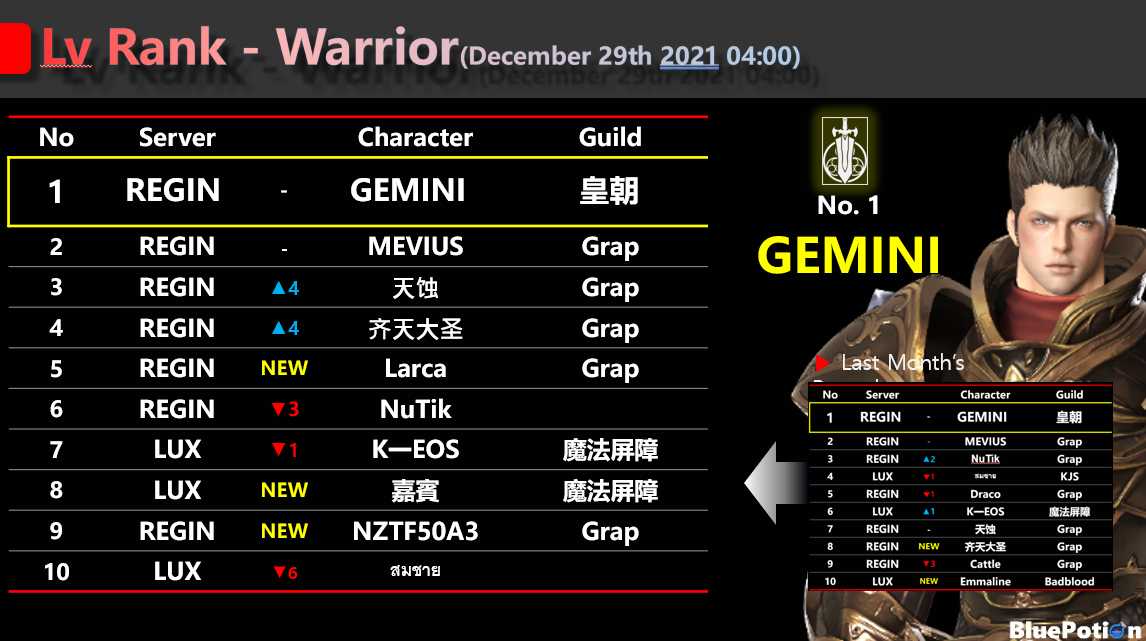 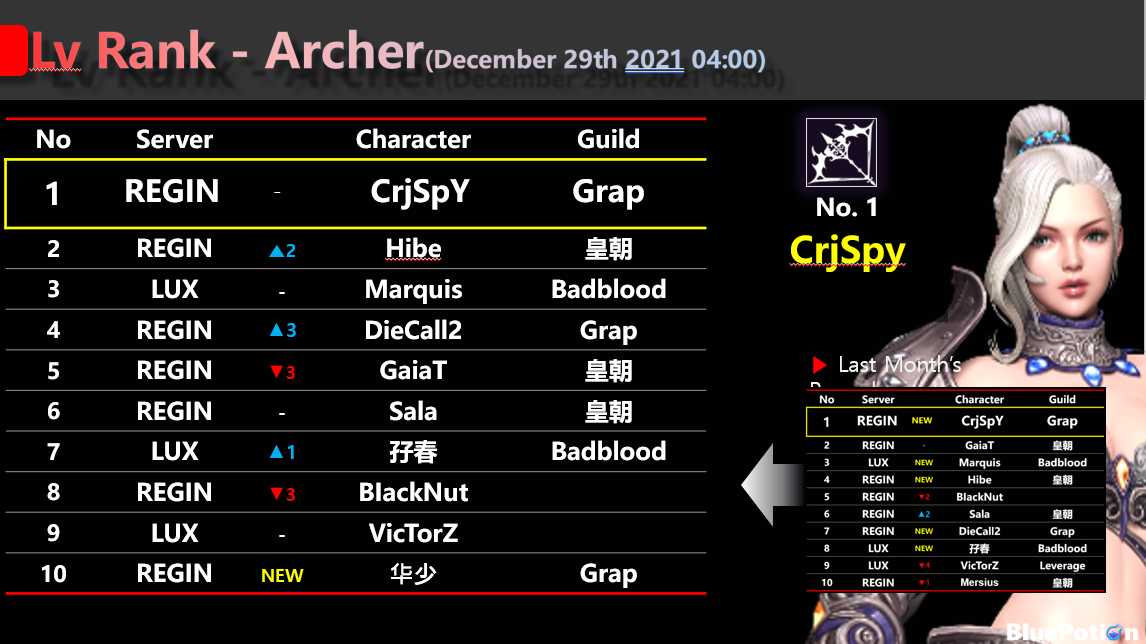 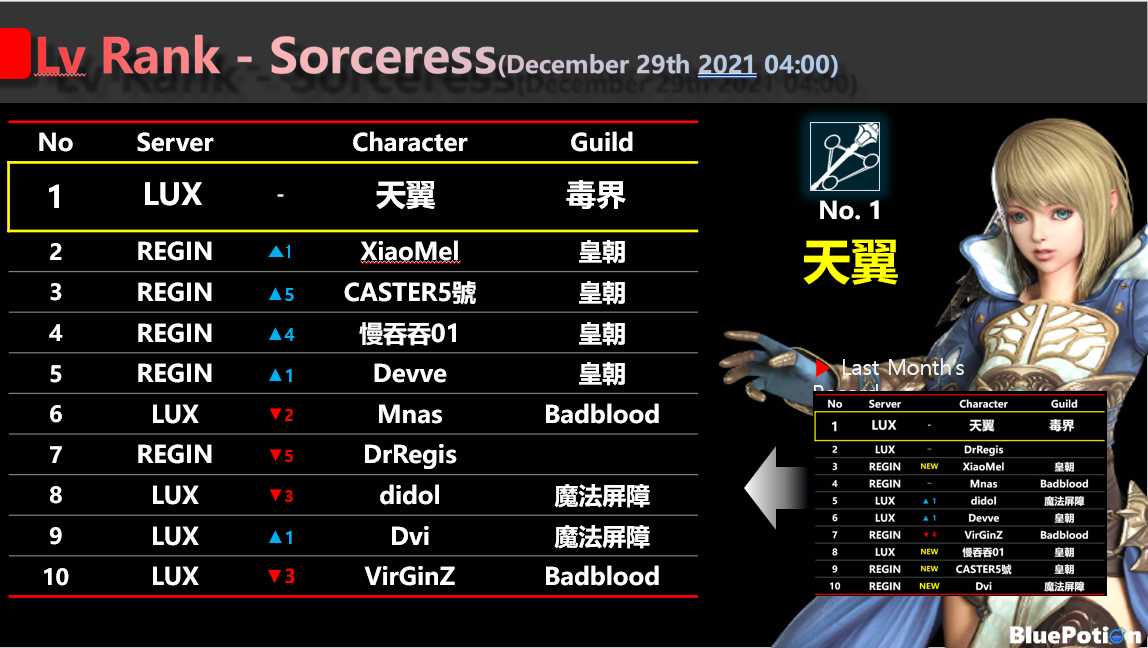 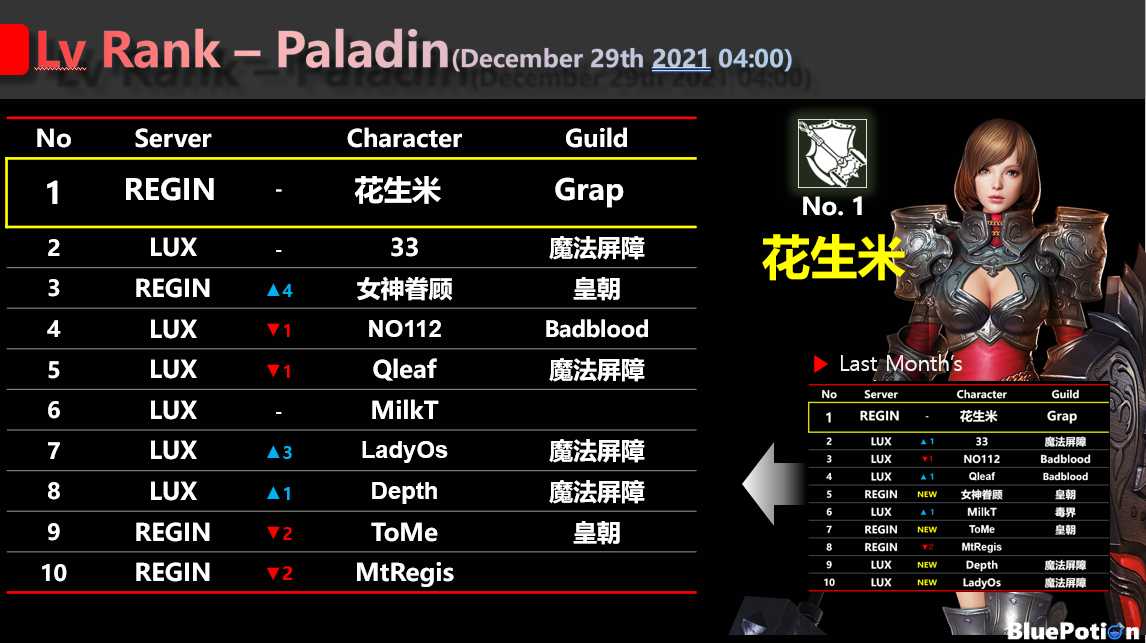 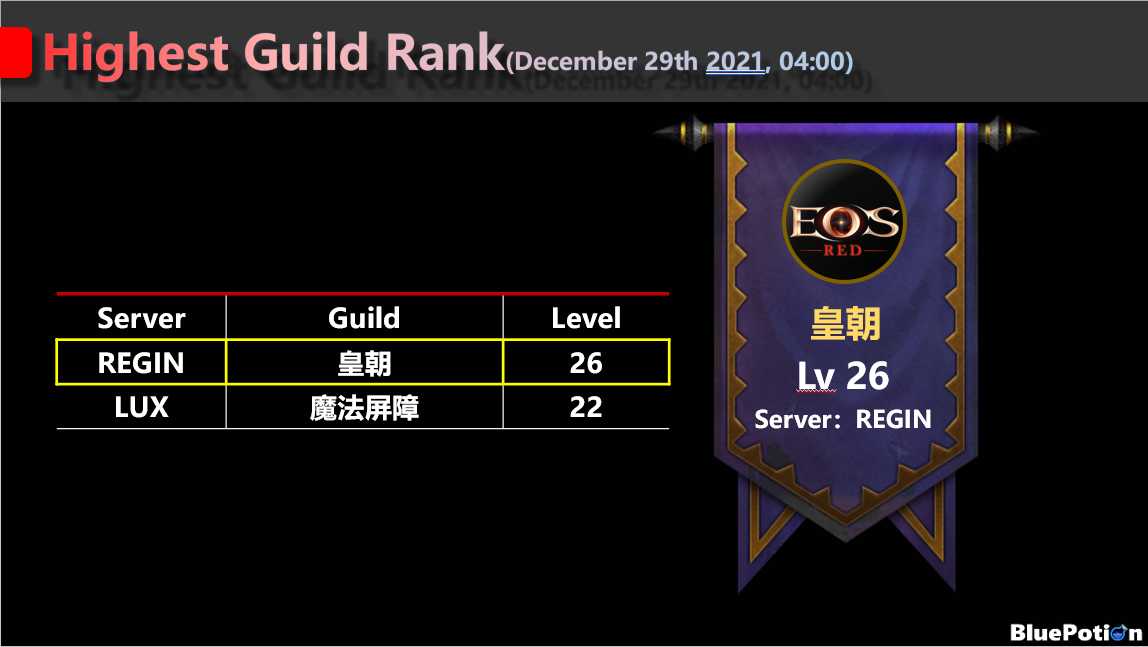 The "皇朝" guild of the “REGIN" server reaches level 26.
The members of the guild are strong and cooperate seamlessly. Congratulations on achieving the highest level Guild in EOS RED. 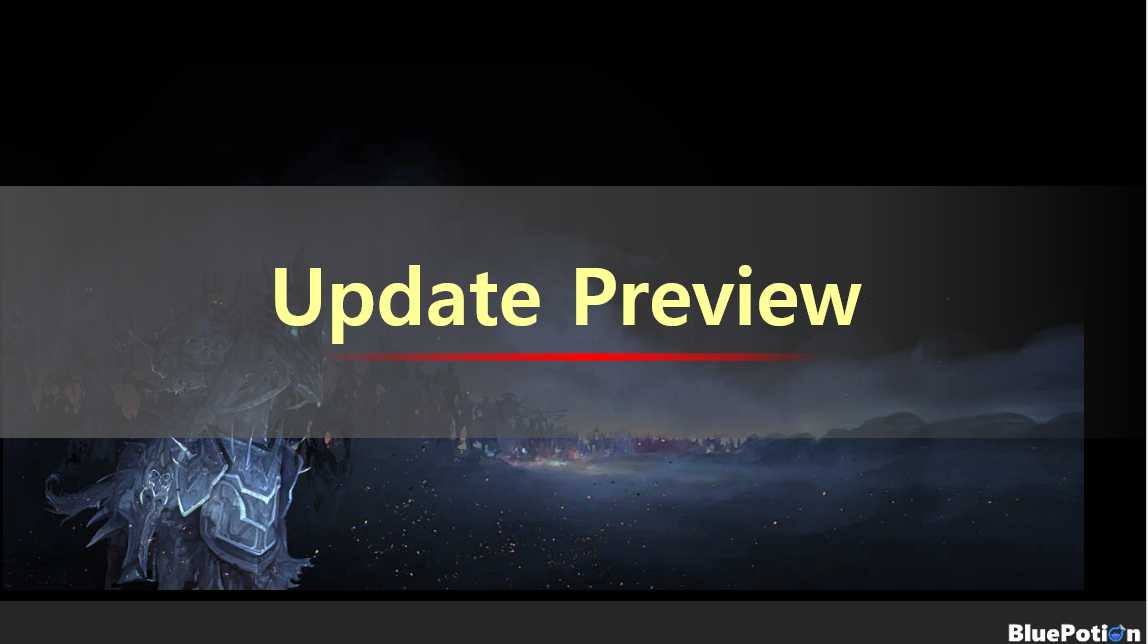 Next, we will explain future updates and R&D plans. 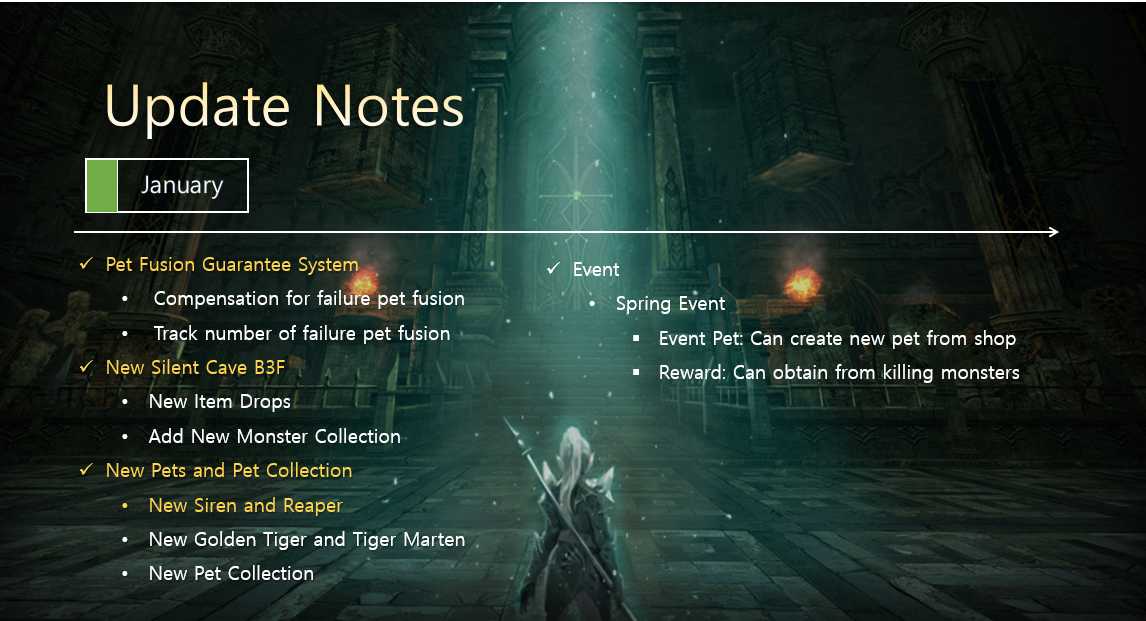 As mentioned earlier, Pet Fusion Guarantee System will be added to this update.

Next, we will introduce the Silent Cave B3F.
It can only be entered from the B2F and share time with other floors.
It also will be manifest by the highest difficulty monsters and 4 New BOSS "Soul Counsellor" with some special monster collection!
In this area, it is also possible to obtain special drops like "Ancient God Soul", “Solidarity Soul", "Legendary Soul Shard", "Legendary Skill Books", "Epic Equipment" and "Rare Pet Soul Sealstone".”

We also add the mythical "Siren", Legendary "Reaper", Epic "Golden Tiger", Rare "Tiger Marten" with new pet collections!
For the upcoming Spring Festival, we also prepare some Tiger-related events as this 2022 is the year of Tiger!
Tiger hide can be obtained from hunting any monster.
It can be crafted into a special item that can obtain various random special items.

Next, we will introduce the updates and future R&D directions after February.

>a new function will be added to prevent the original random attribute from dropping when logging in to the monster card collection.
After using this function to log in to the monster card collection, even if the attribute effect is lower than the original, it can prevent the original attribute from dropping.
If the new attribute is higher than the original, the effect of the attribute will of course be improved.
If you want to use the <Reserve Ticket>, you need to use the <Monster Card Reserve Ticket> when logging in to the Monster Token.
>Optimize the monster card fusion.
>Optimize items in the consumable store.
>The update of the new chapter 2 will be the previously proposed "Cross-server War: Great Monarch Battle" and "Cross-Server World Exchange", but the team is judging whether it can reach the level required by the adventurer, which has produced many problems.
>New class "Warlock" will be added and cause some delay in Chapter 3.

Next, I will introduce the general content of "Warlock" and "Great Monarch War". The content related to the new chapter 2 will continue to be shared with everyone every month in the future. 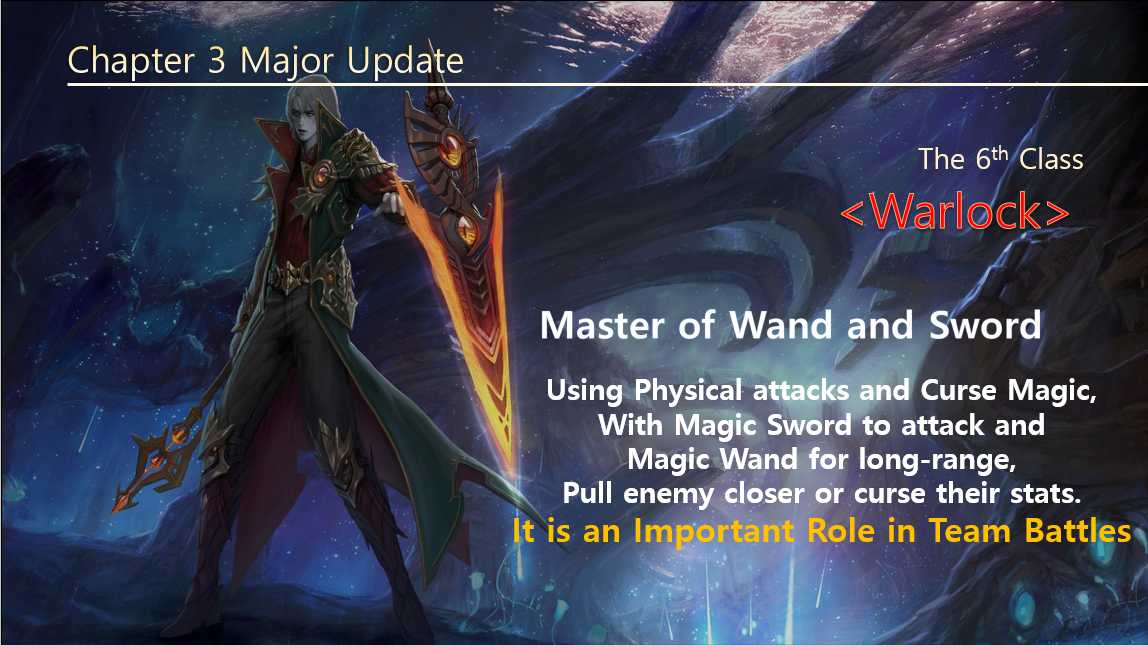 Now I will introduce a new class that is expected to be added for the second time after the official launch in Korea and Taiwan.

The new Class <Warlock> is expected to be added in <New Chapter 2>.

'Warlock' is a class that mainly uses physical attacks and curse series skills, while weapons use both magic swords and wands.

Using the magic sword’s short-range long-range attacks and the use of the magic wand’s curse series skills, it has an excellent ability to contain specific objects, which can bring the opponent closer or reduce the debuff effect of the healing effect.

It is an Important Role in Team Battles. 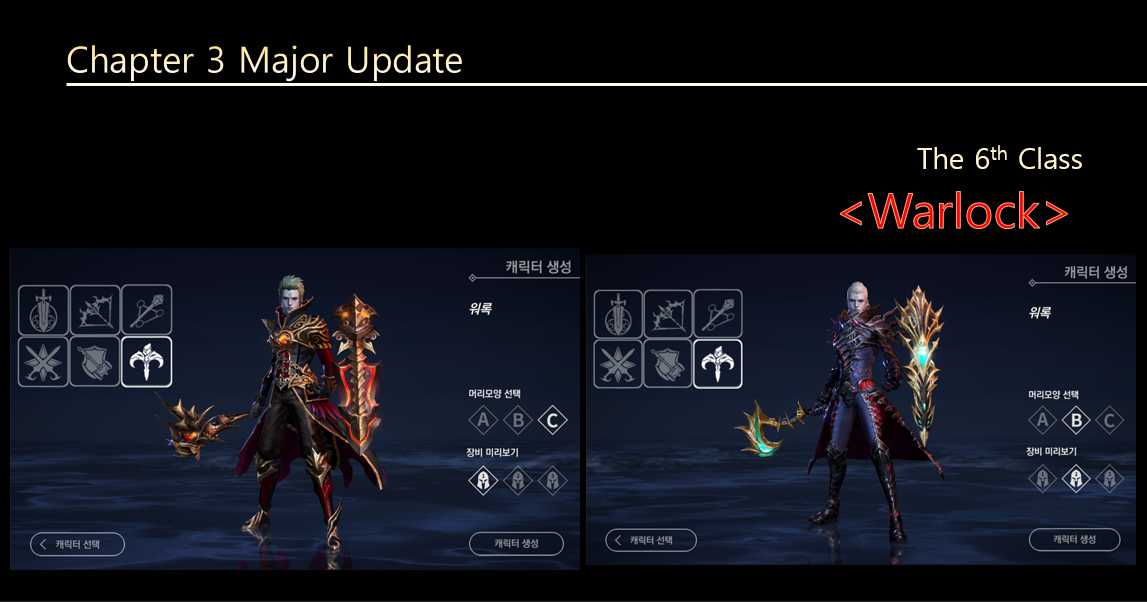 Our R&D team is carefully preparing a new chapter 2 and hope the 2022 year will bring everyone more exciting content! The weather is now getting colder, please take care of your health.

I wish everyone good health.
Thank you for playing with us!