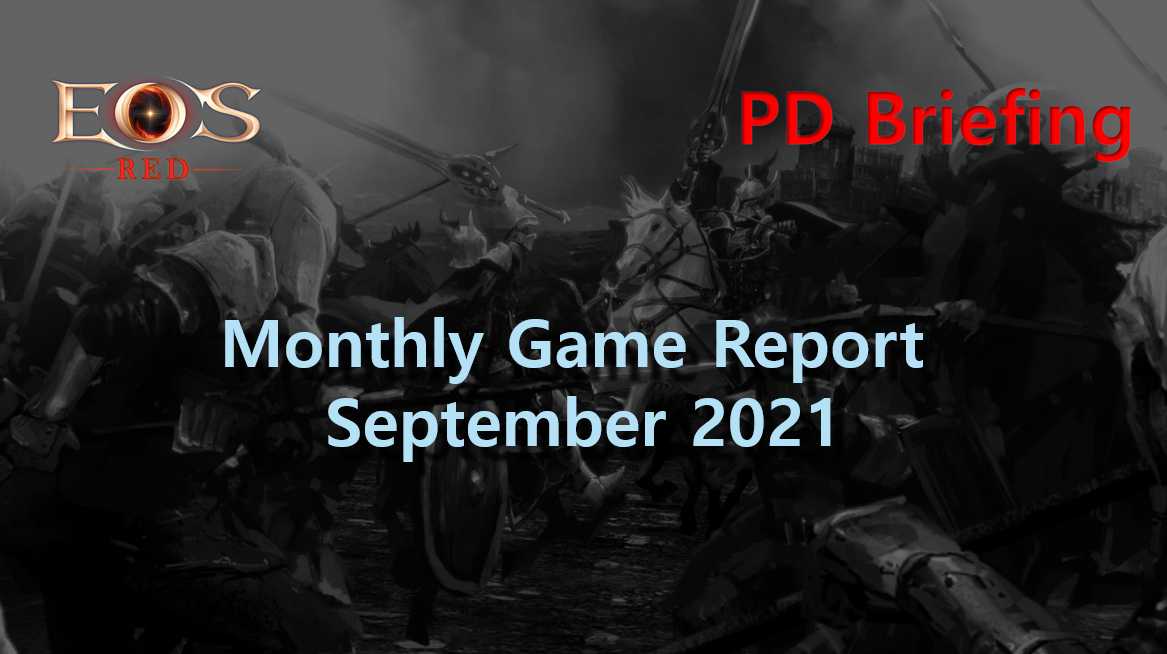 It has been 3 months since Southeast Asia Server officially launched, and the server was merged for more fierce competition.

This is September 2021 Monthly Game Report. 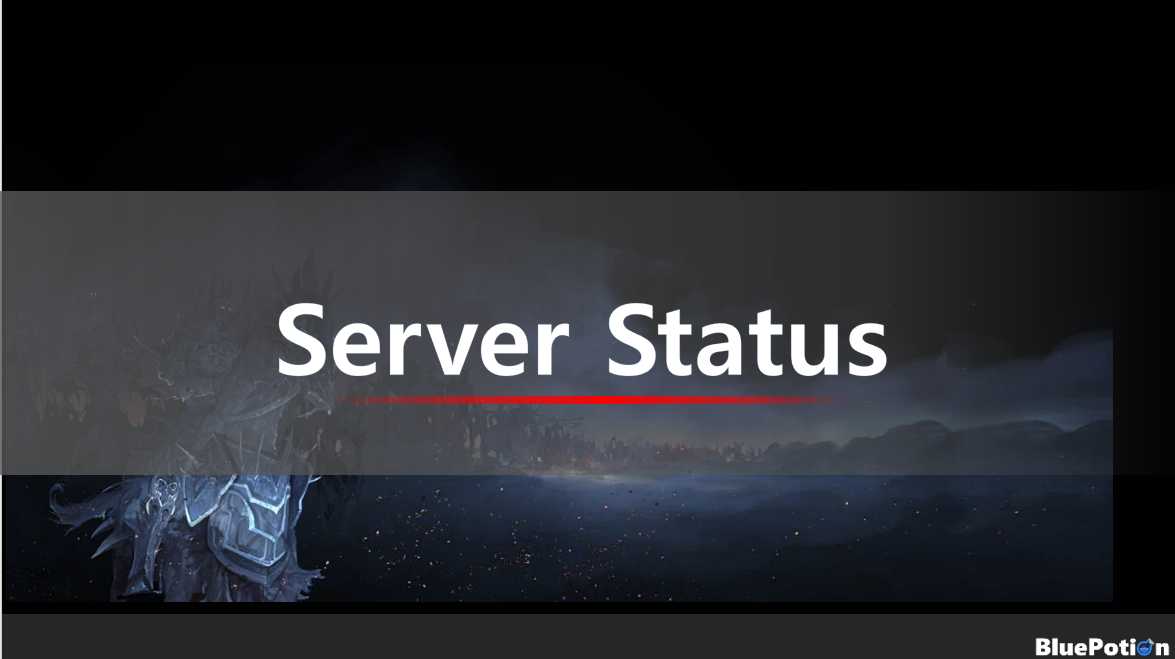 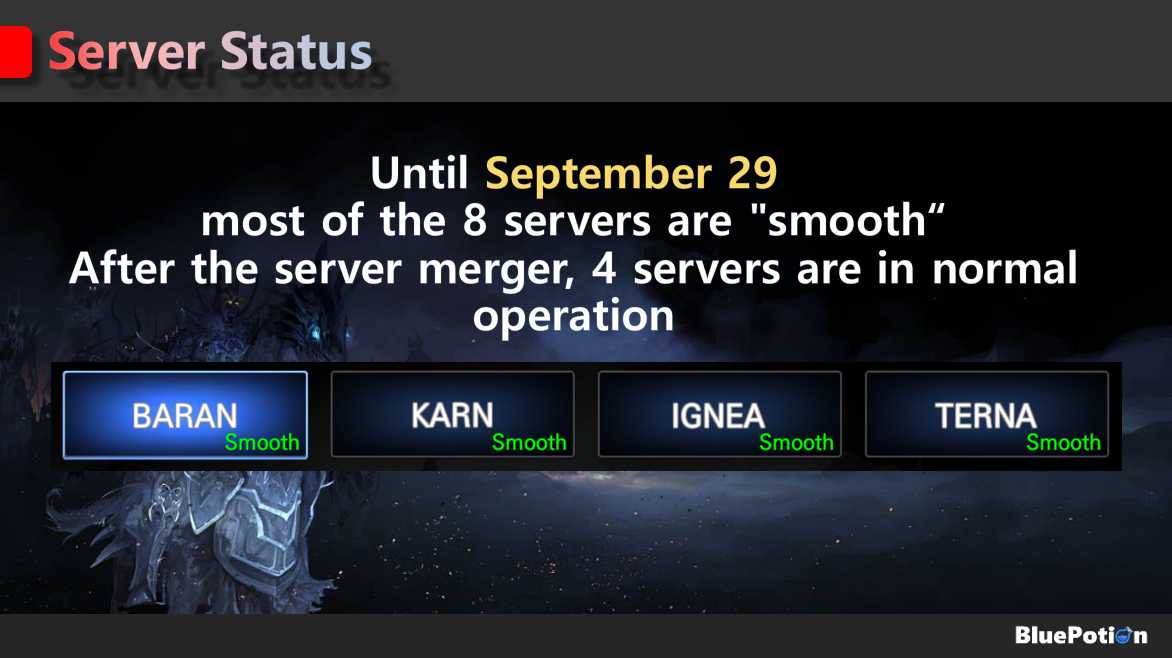 Here is the status of our current server in September 2021. Right now, 4 servers are crowded and operating normally. 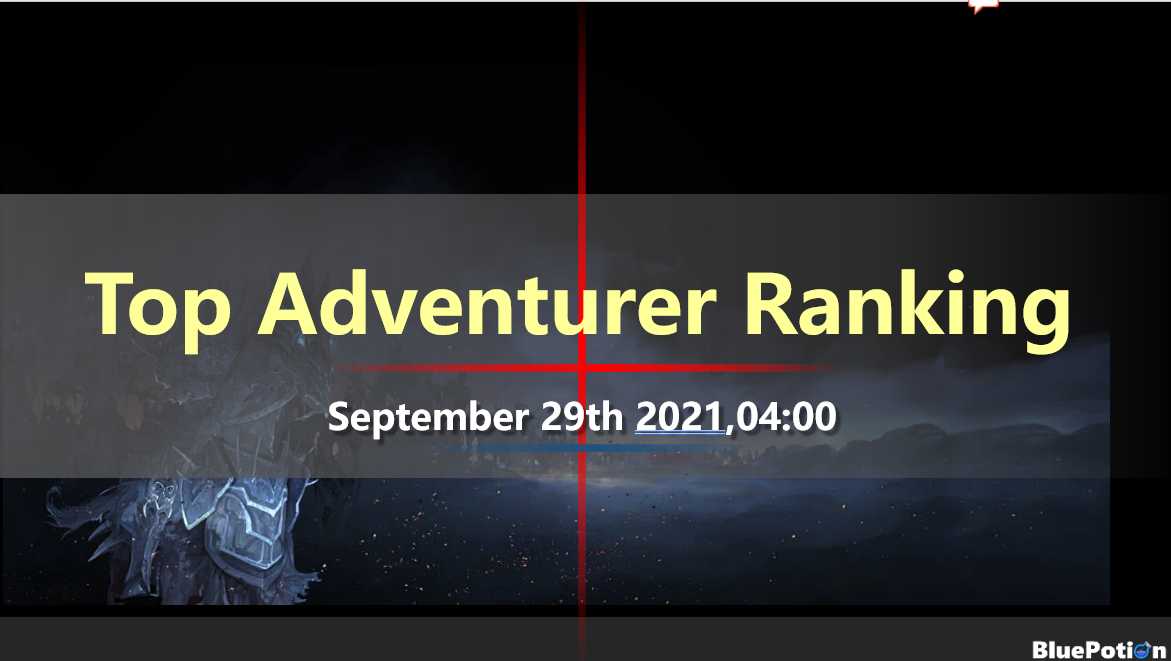 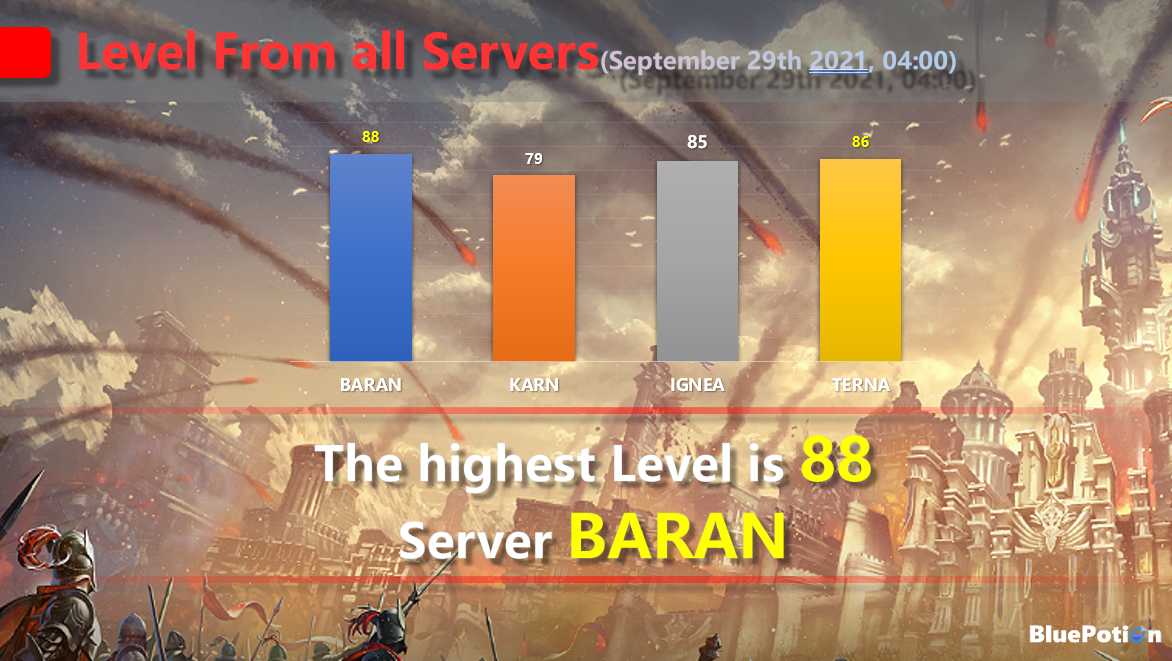 Today we will introduce the status of the Best Adventurer so far in September. 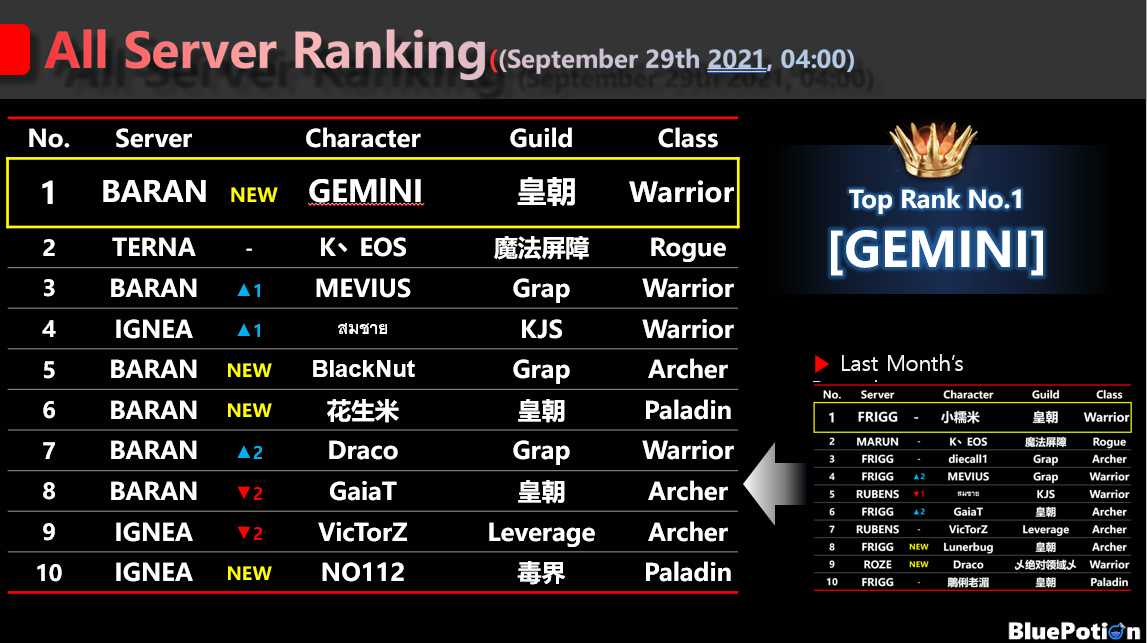 Next is Ranking from all Servers.
The number one in terms of experience value is "GEMlNI" from “BARAN" server.
The second place is "K, EOS" also from "TERNA" server,
and the third place is "MEVIUS" from "BARAN" server.

Congratulations to become the Top 3 adventurers!
Base on the 10 top players' ranks, the current distribution of each class is
50% Warriors, 30% Archers, 10% Rogues and 10% Paladins.
Last month the Rogue had a high percentage, but it seems this month more warriors are pushing to the Top. 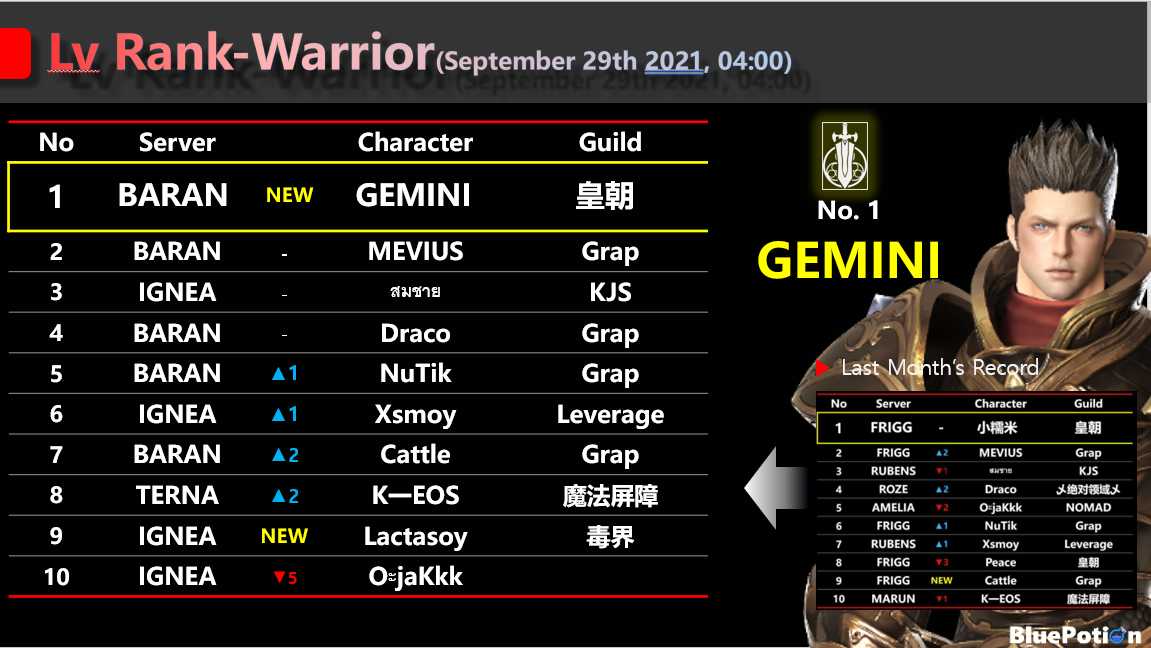 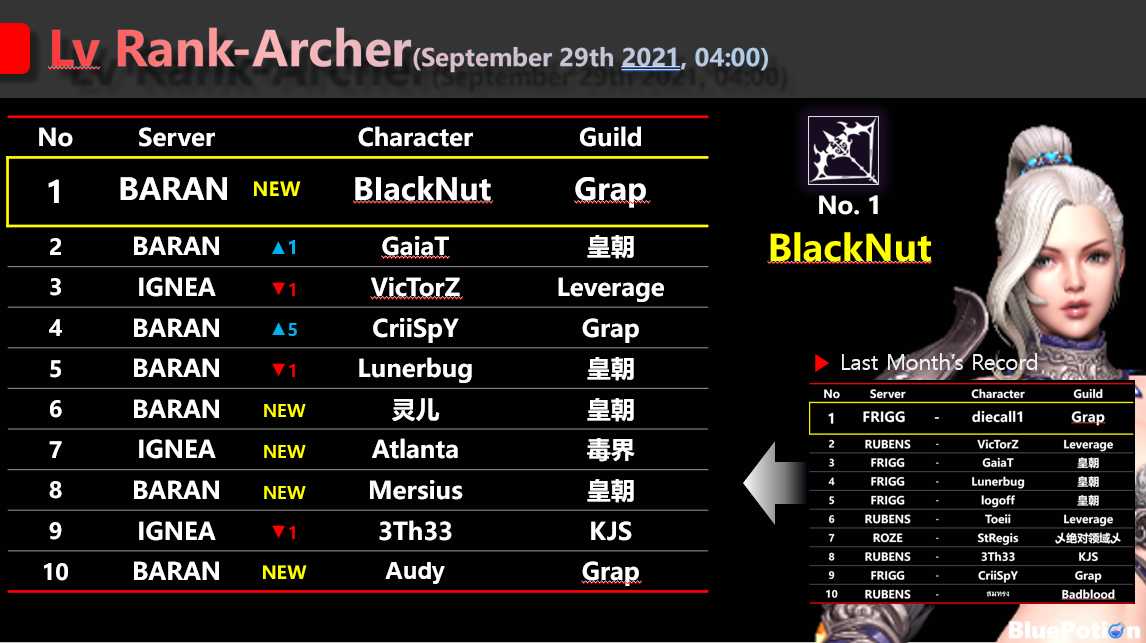 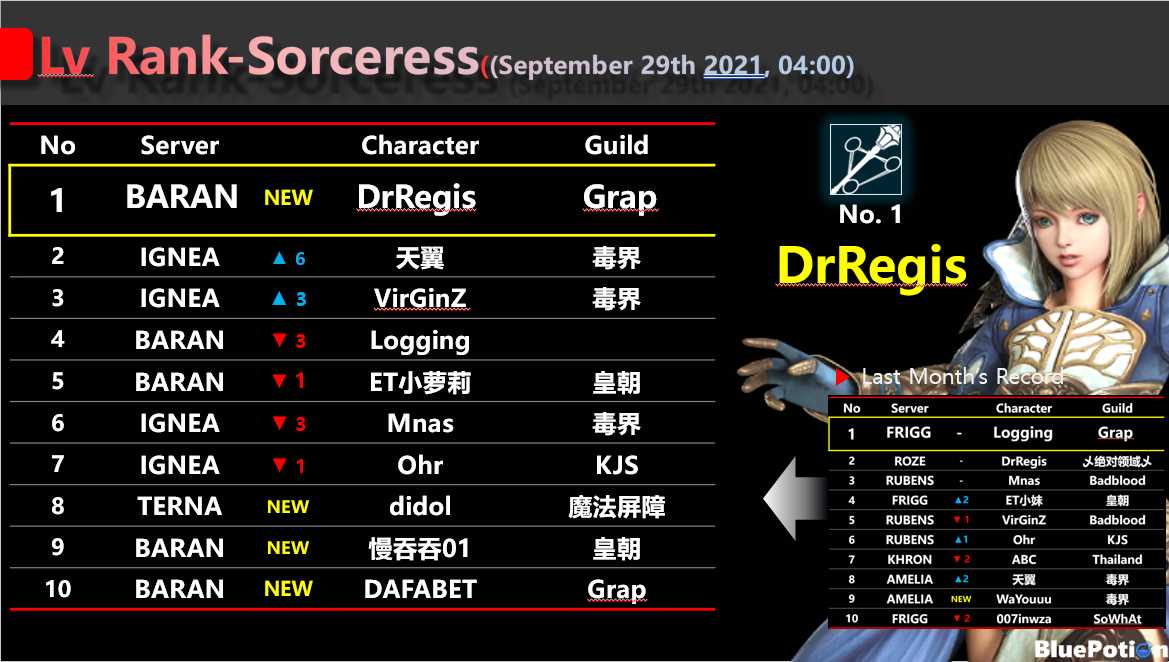 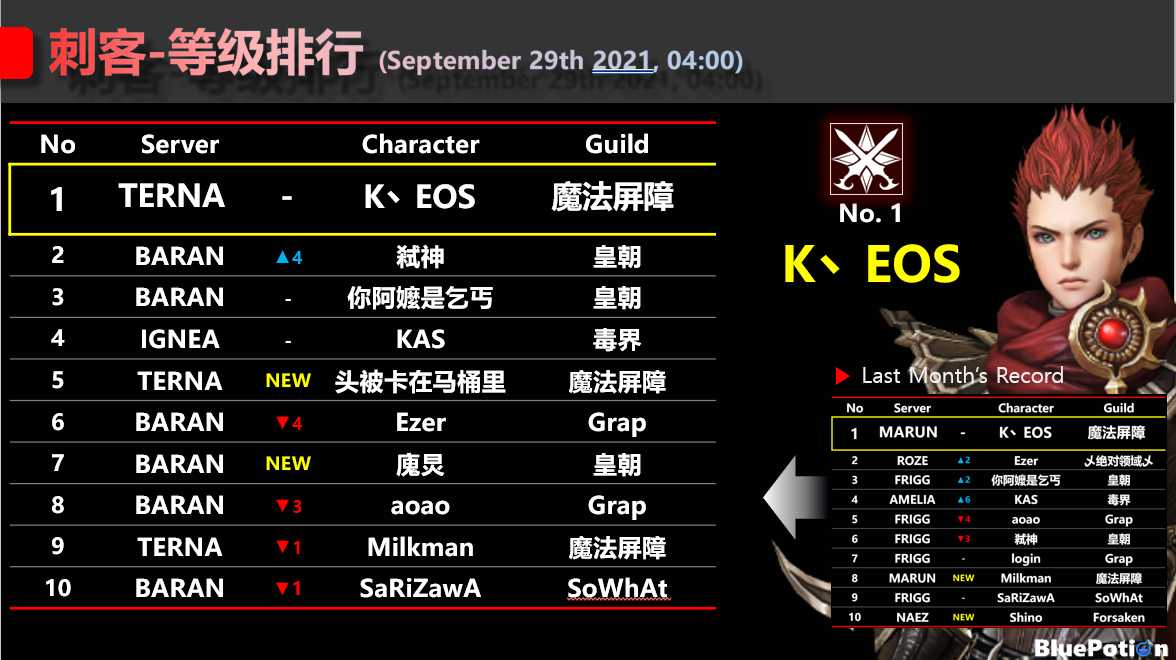 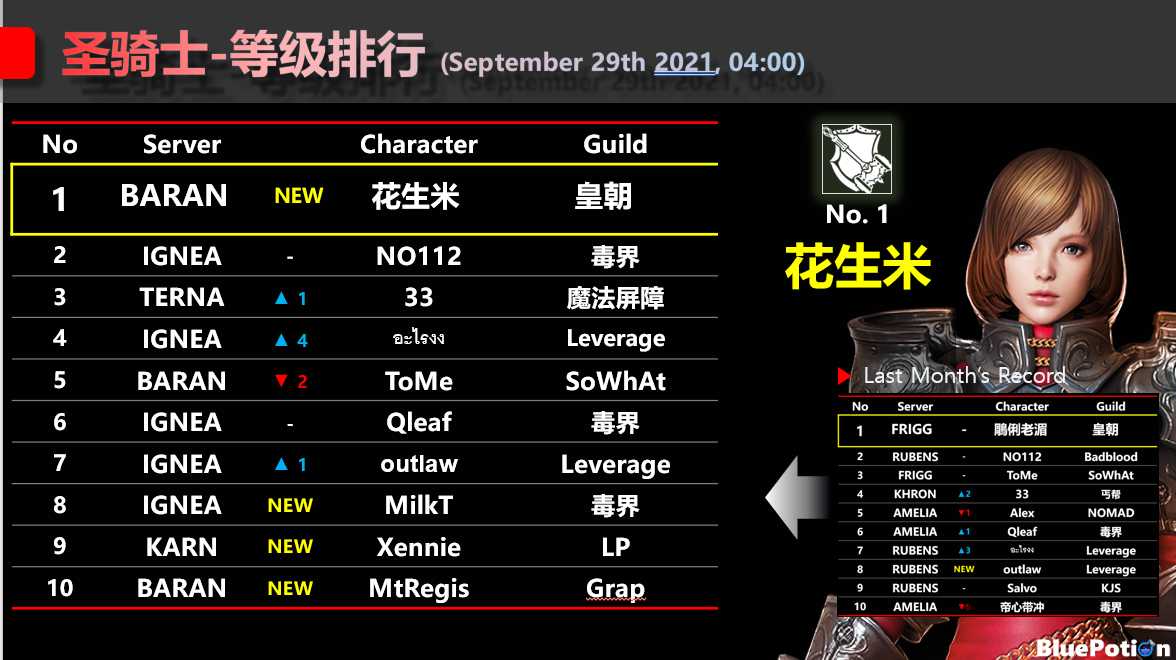 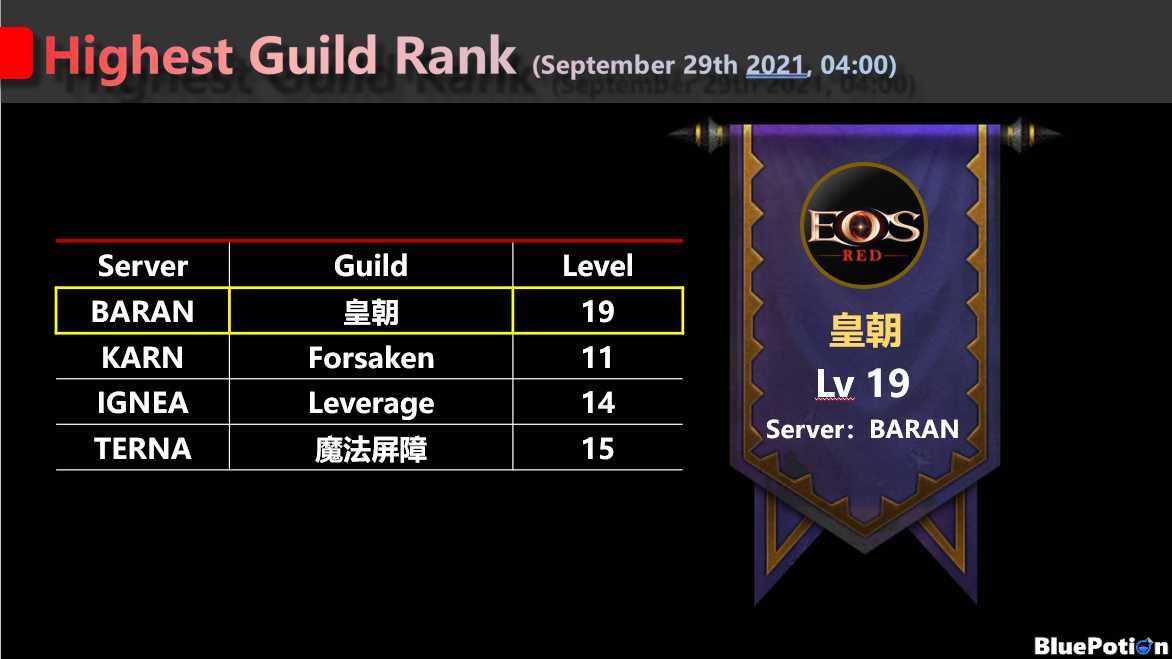 The last part of the ranking is based on the experience value of the guild from all servers.
The "皇朝" guild of the "BARAN" server reaches level 19.
The members of the guild are strong and cooperate seamlessly. Congratulations on achieving the highest level Guild in EOS RED. 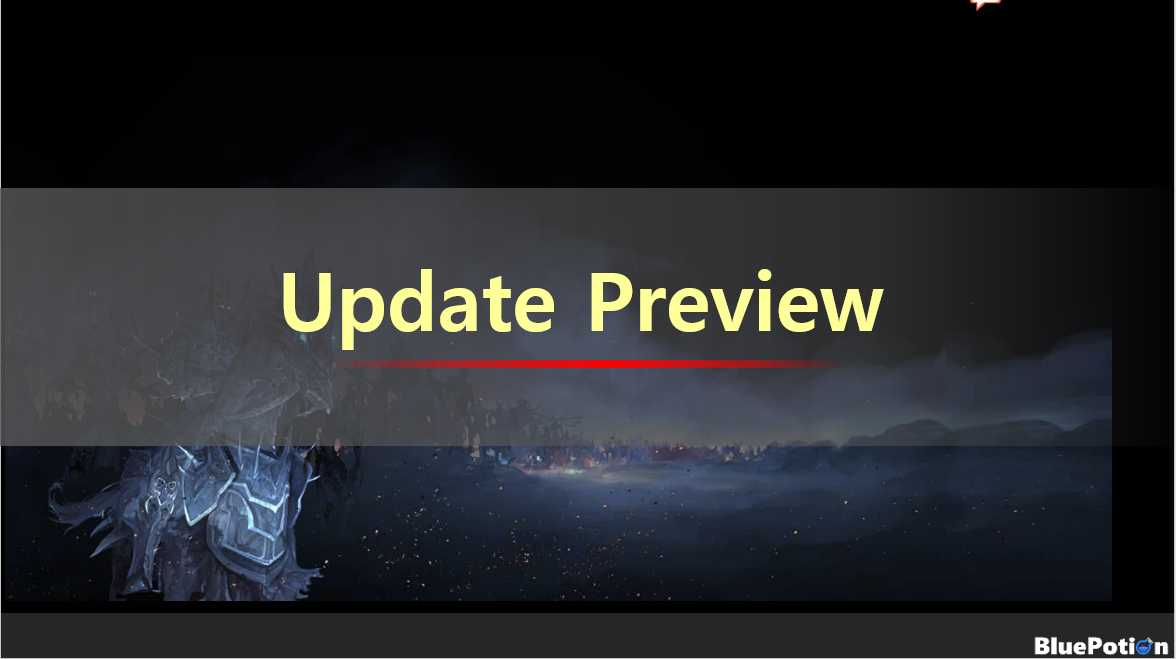 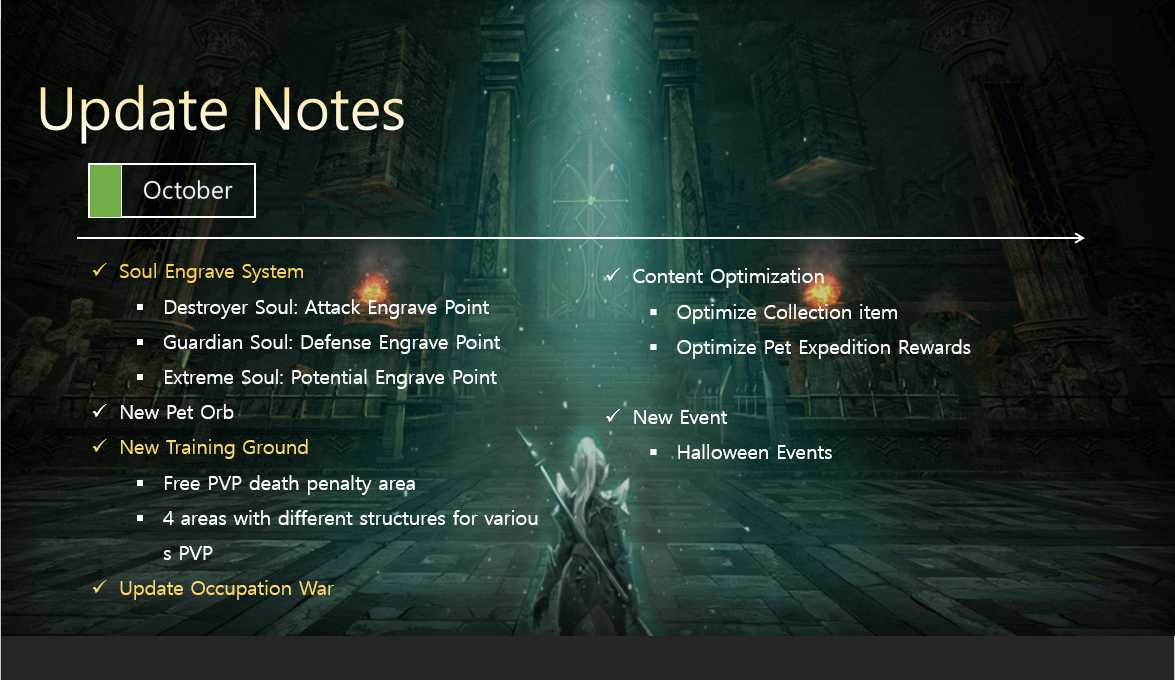 Thewill be updated in October.

In addition, there will be a new feature that allows you to select a new set of pet orbs and a feature that allows Soul Enchanted equipment to be registered in the collection. As we have seen a lot of player requests this, we prepared a new PVP map for as what it called, PVP proposes only.

And we also added New Halloween events for players to enjoy! 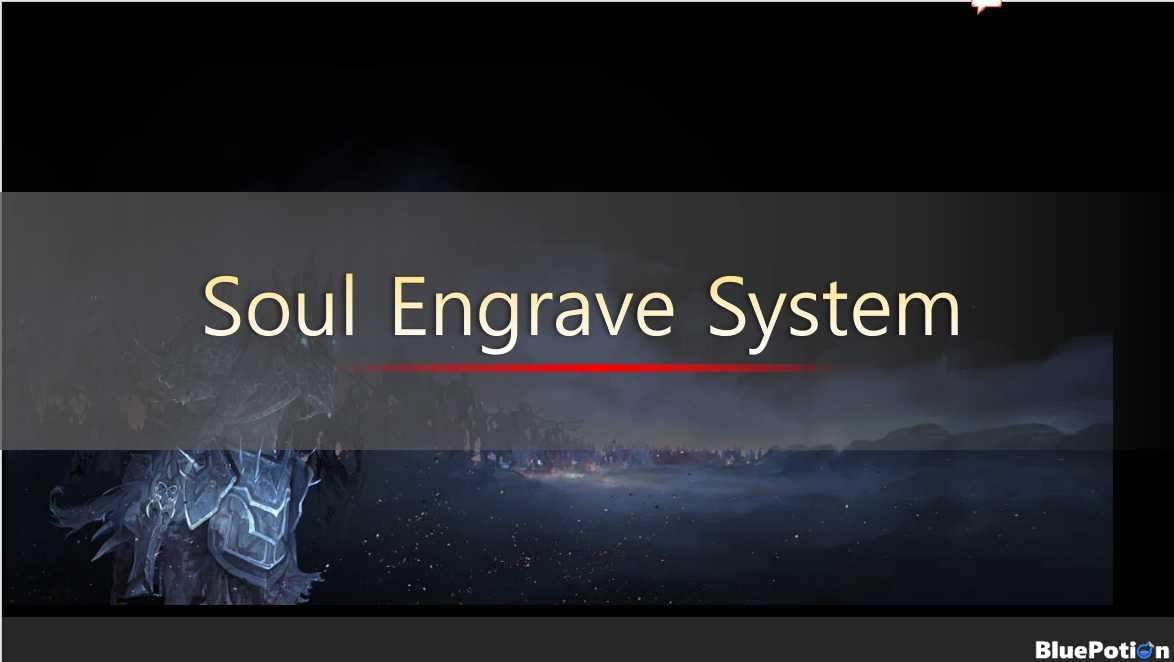 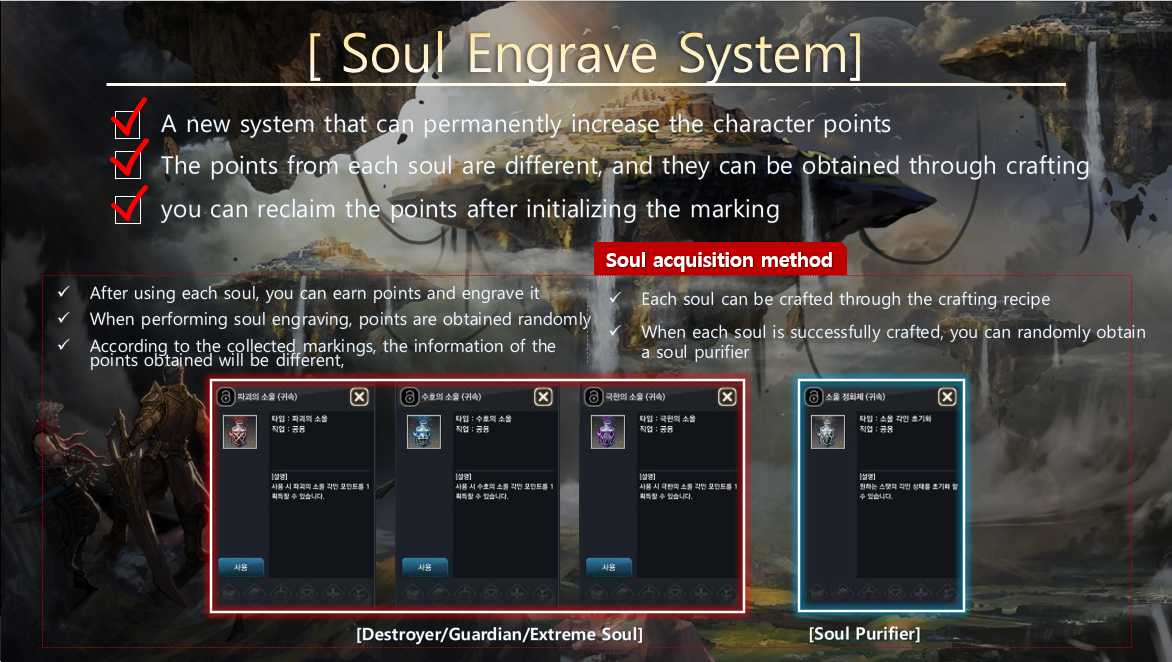 Next, I will briefly introduce the [ Soul Engrave System].

is a combination of 3 souls that permanently increase the points of the character, and each soul can permanently obtain multiple points.

The soul can be obtained through crafting under a certain probability, and after soul engraves, the points can be recovered through theand re-engrave again. 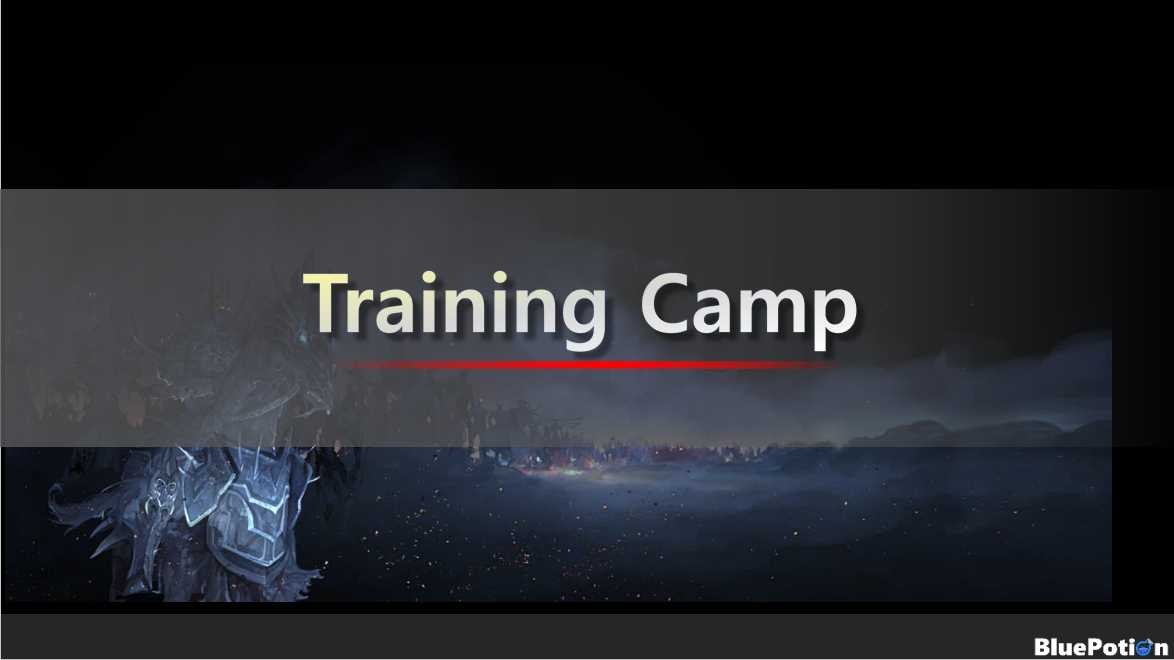 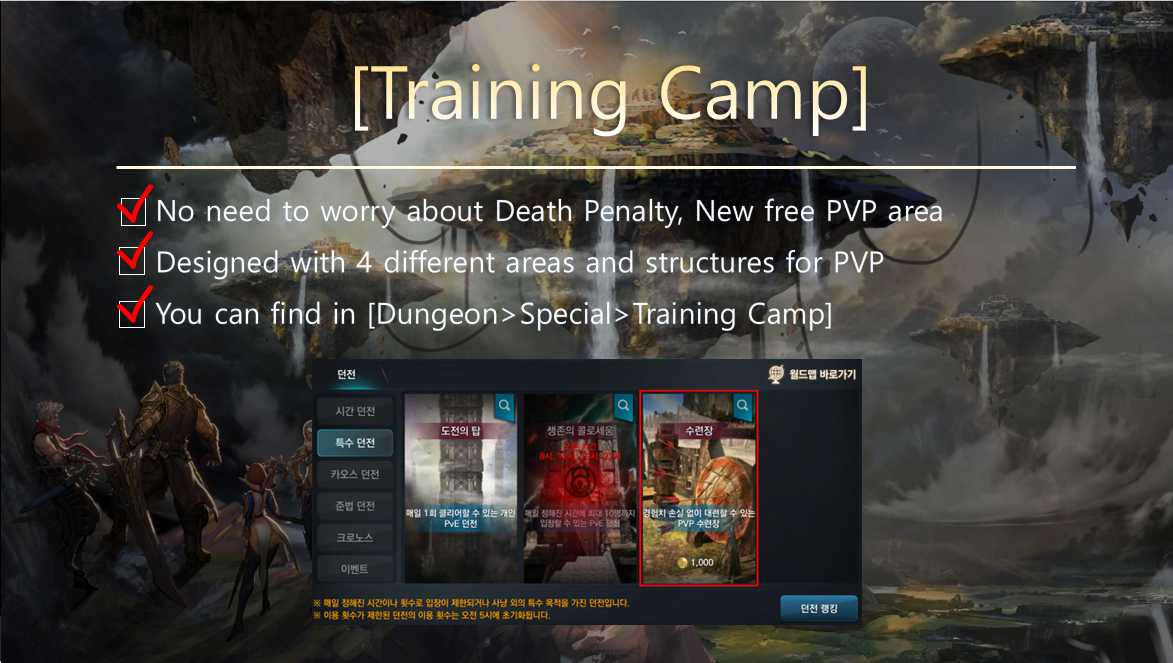 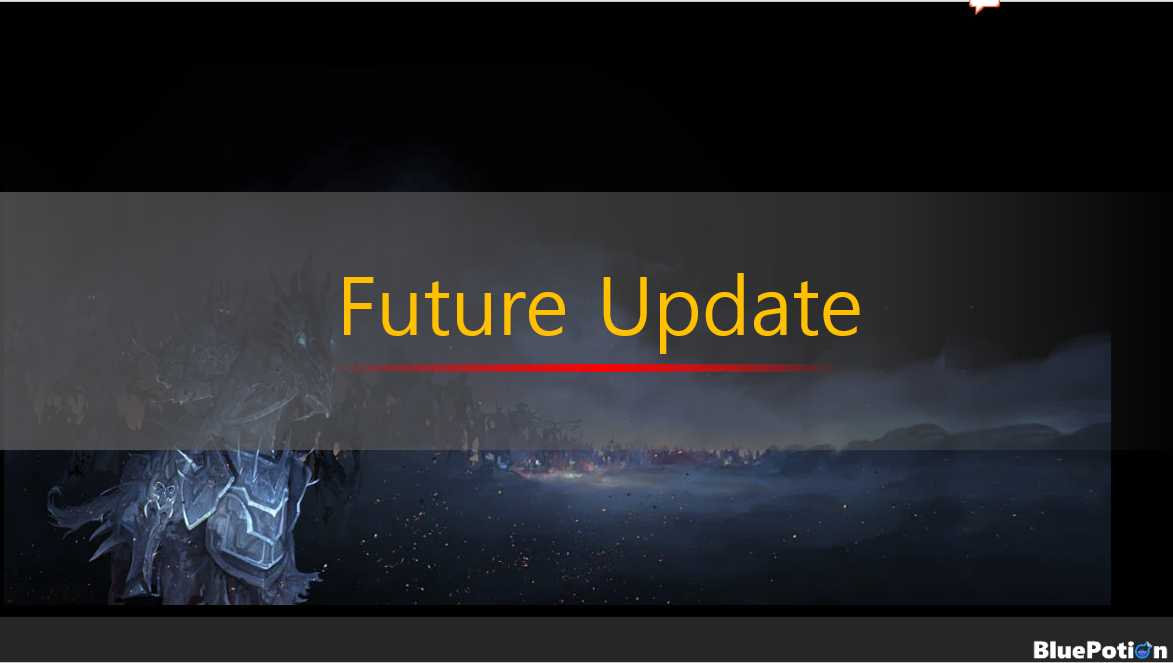 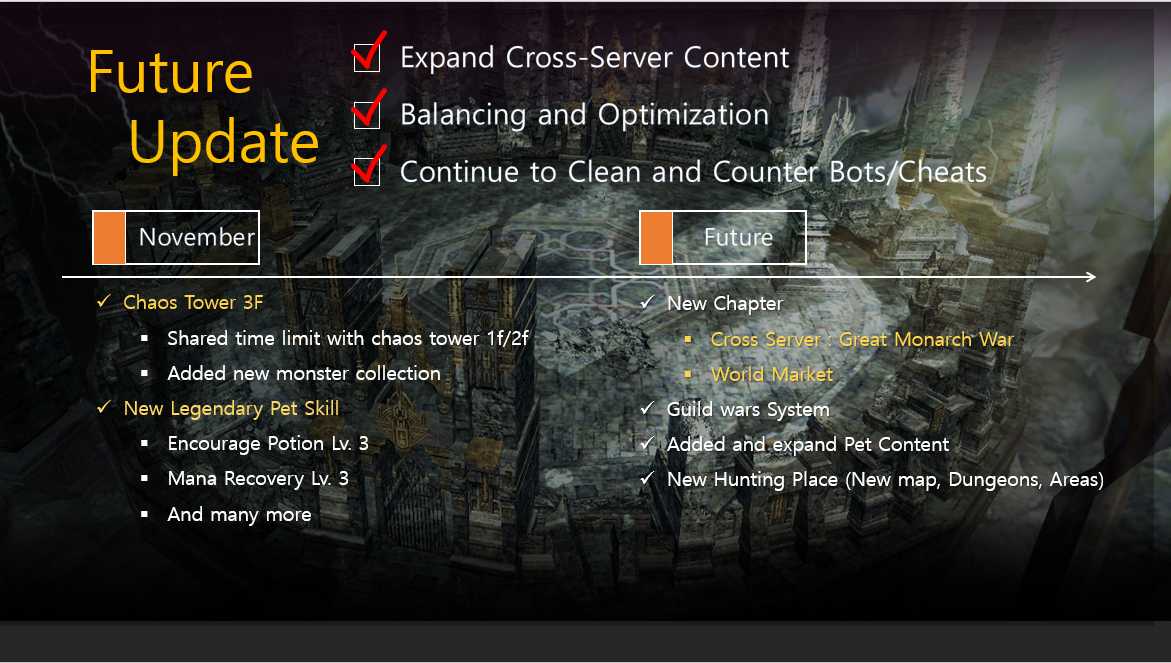 First, Chaos Tower 3F, which can maximize the most dangerous nature of the game, will be added soon.
same with the 2nd floor, you cannot freely leave or the random teleport at Chaos Tower 3F, but the unique "Adventurer's Identification Card" has been added to the 3rd floor.
You can exchange for other items in the "identification store" in the village, and the detailed items that can be exchanged will also be notified in future announcements.

In addition, a legendary pet skill book will be added. In order to optimize the function, the source of the item has been optimized and the new feature of renunciation by the city lord of the siege blood alliance has been added.

In order to counter bots, we also will keep upgrade the prison system and continue to improve the play environment for the adventurers.
Afterward, there will be a new chapter 3, Guild competition, and other updates including the Great Monarch War and the World Market. 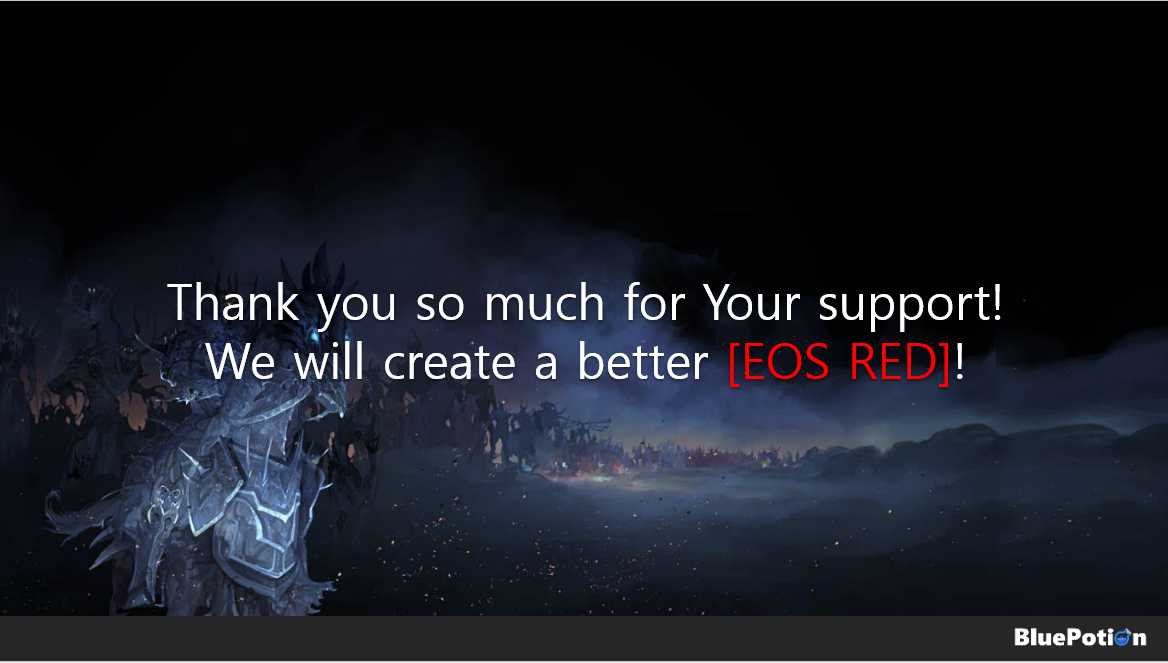 I wish everyone good health.
Thank you for playing with us!